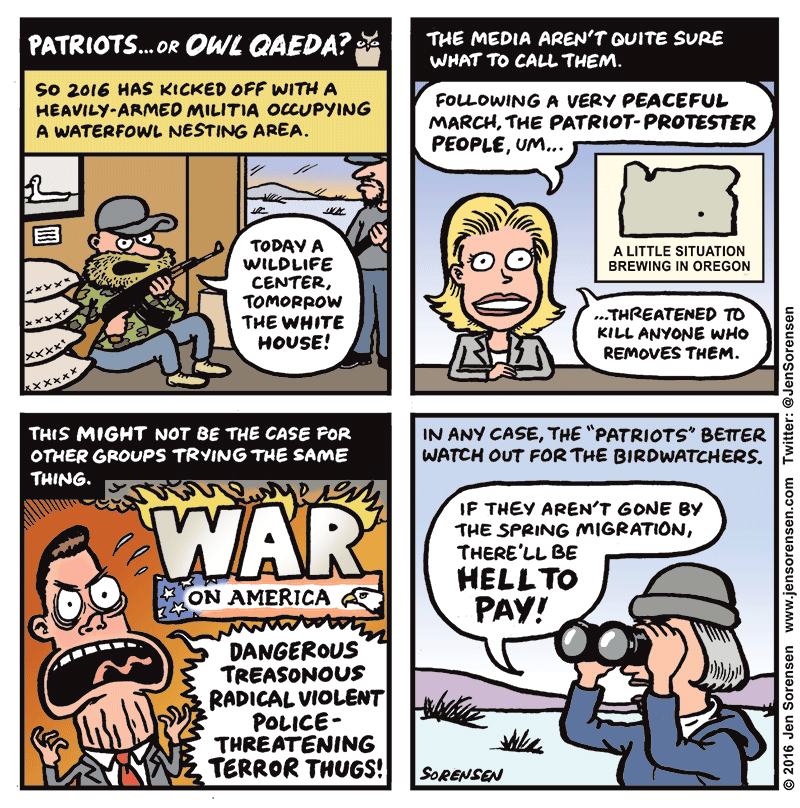 Meanwhile, the Twittersphere is going nuts calling the occupiers hilarious names. And they deserve it. After all, these people who are threatening to kill (or die) to defend their right to abuse public land are the same people who want to deport Muslims who are living in the US legally, close their mosques, and do other horrible things to their rights.

But regardless of your politics, can you help but laugh when people mock this so-called militia by calling them “Y’all Qaeda”, “Yokel Haram”, or “Al-Shabubba”? Or – because they are pretty much all white – the “Vanilla ISIS”? And instead of Jihad, they are waging “YeeHawd”. Even their choice of target is a joke, as pointed out by Jim Wright of Stonekettle Station in a tweet:

This was written by Iron Knee. Posted on Wednesday, January 6, 2016, at 12:30 am. Filed under Irony. Tagged Terrorists. Bookmark the permalink. Follow comments here with the RSS feed. Both comments and trackbacks are currently closed.