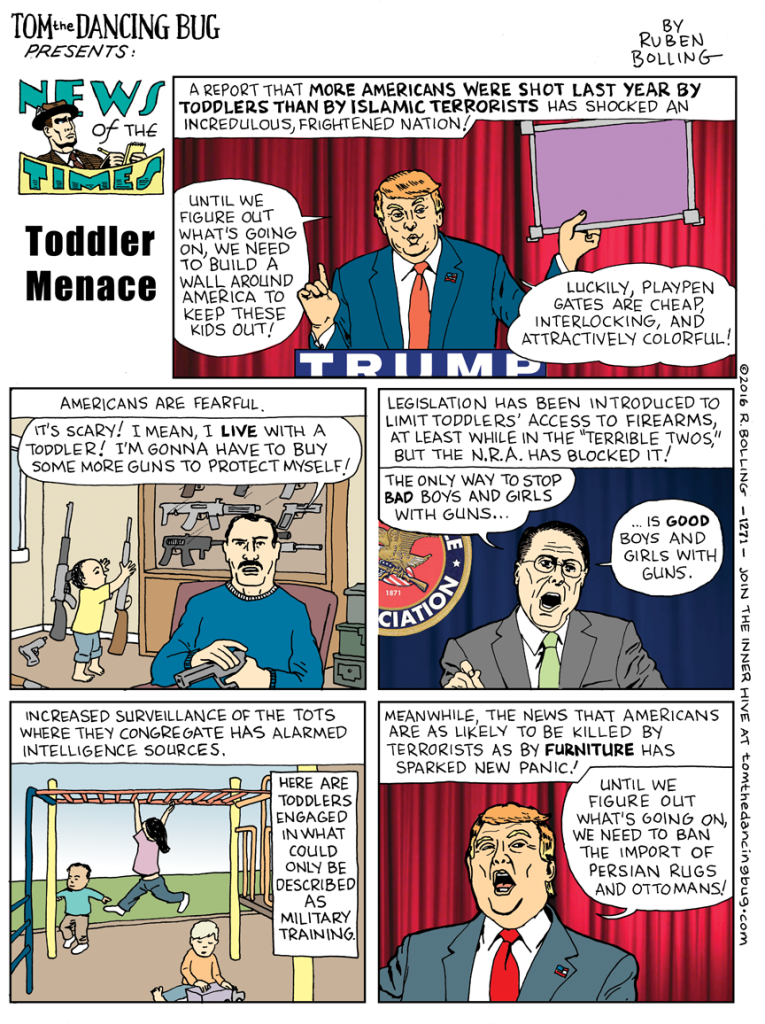 Another sendup of one of my favorite ironic things – how Americans are scared shitless by relatively minor risks, while ignoring other risks that kill orders of magnitudes more people all the time.

We are willing to spend trillions of dollars fighting this thing called “terrorism” (despite the fact that we aren’t even very good at defining what it is), but refuse to spend money for things that would save far more lives. Like making sure everyone has health insurance.

Or how about launching a war on cancer? You are 33,842 times more likely to die from cancer than from a terrorist attack. Hell, we lose more people to suicide every year (41,149) than we have lost to terrorism in our country’s entire history, but we seem unwilling to spend money on mental health services.

And then there are shootings by toddlers, and death by furniture.

But things can change. I was going to mention car accidents, but Obama just announced he plans to spend $4 billion for research projects and infrastructure improvements for driverless cars. That could save 25,000 lives a year.

This was written by Iron Knee. Posted on Monday, January 18, 2016, at 12:39 am. Filed under Humor. Tagged Terrorism. Bookmark the permalink. Follow comments here with the RSS feed. Both comments and trackbacks are currently closed.