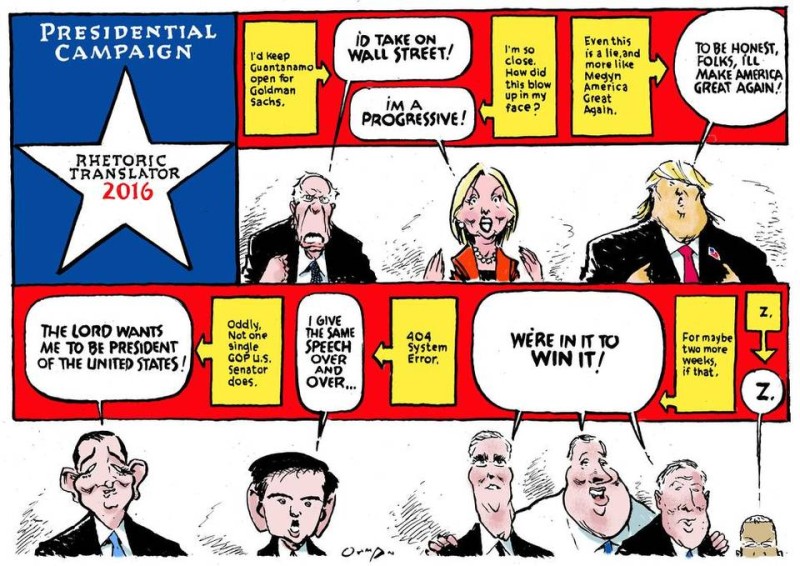 Today is the New Hampshire primary. The first actual primary. Who is going to be voted off the island?

Will Michael Bloomberg run for president after all?

I’ve been predicting that Marco Rubio would win the GOP primary, but depending on what happens in New Hampshire (after Rubio did his best impression of a robot who cracks under pressure during the last debate), I may have to eat my words.

UPDATE: Here’s a funny video of Rubio contradicting himself:

So now Obama is not just a fascist socialist, he also simultaneously does and does not know what he’s doing (both incompetent and dastardly cleverly evil).

If you liked this, you might also like these related posts:
This was written by Iron Knee. Posted on Tuesday, February 9, 2016, at 12:27 am. Filed under Humor. Tagged Election. Bookmark the permalink. Follow comments here with the RSS feed. Both comments and trackbacks are currently closed.