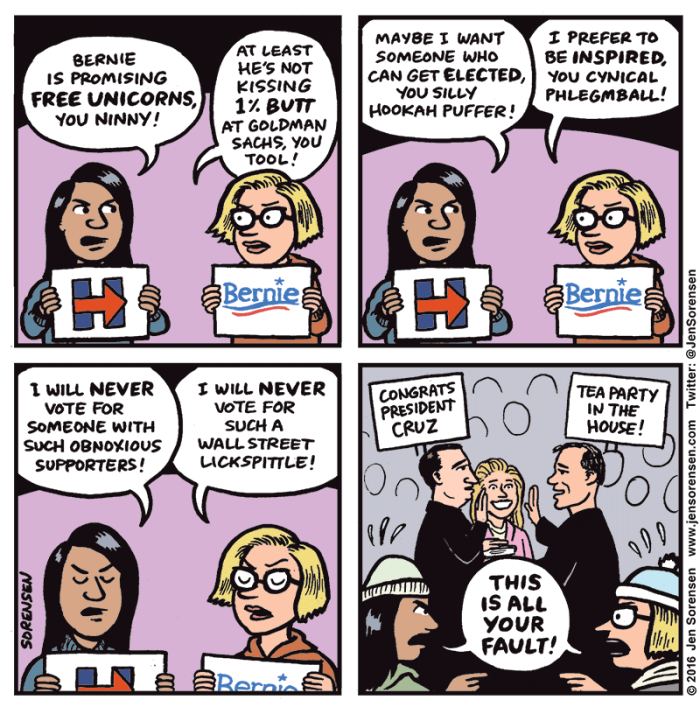 Open warfare broke out in the Democratic party last week, with Bernie Sanders aggressively attacking Hillary Clinton. Clinton realized that retaliating directly would alienate Sander’s supporters even more, and she needs them for the general election. But surrogates, including Madelene Albright, Gloria Steinem, and even Bill, jumped into the fray. And it got personal, which is funny because Clinton and Sanders pretty much agree on goals, they mainly disagree on tactics.

Oh well, it was a welcome relief from the Republican party candidates, who had jumped the shark long ago and were becoming tiresome and predictable.

This was written by Iron Knee. Posted on Friday, February 12, 2016, at 12:30 am. Filed under Irony. Tagged Democrats. Bookmark the permalink. Follow comments here with the RSS feed. Both comments and trackbacks are currently closed.