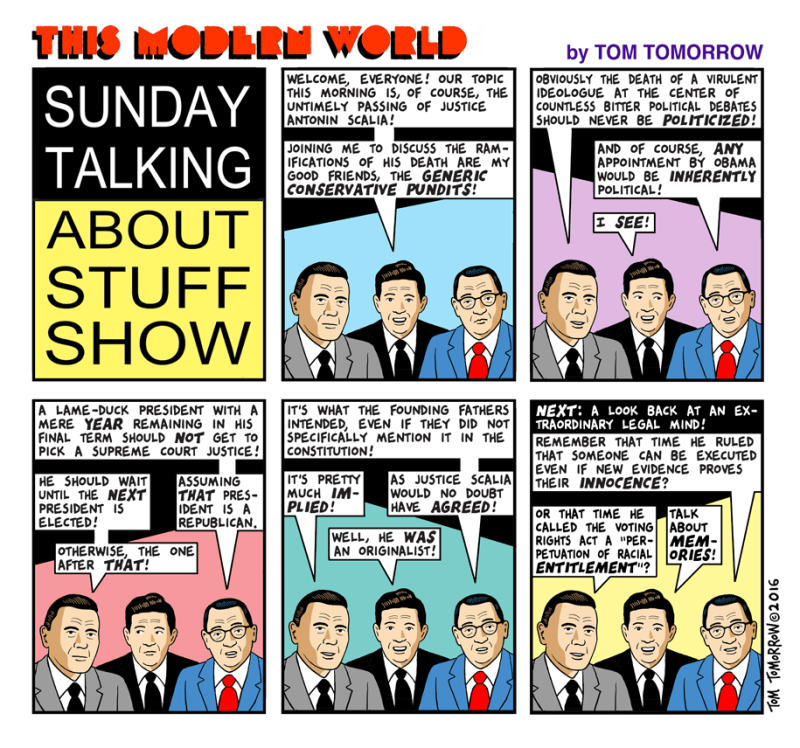 The Republicans have already announced that they are going to refuse to confirm (or even have a hearing to consider) anyone nominated by Obama to replace Antonin Scalia. Even before they hear who Obama is going to nominate. The Party of NO is nothing if not consistent.

This was written by Iron Knee. Posted on Tuesday, February 16, 2016, at 12:30 am. Filed under Hypocrisy. Tagged Supreme Court. Bookmark the permalink. Follow comments here with the RSS feed. Both comments and trackbacks are currently closed.