One Year in the Future?

The Boston Globe has created a front page for their newspaper — one year in the future. It is a new world, where Donald Trump is the president, all illegal immigrants are being deported, the Dow has dropped 6000 in one month, the US military has been ordered to kill families of ISIS militants, and a trade war has broken out with China. It would be hilarious if it weren’t so frightening!

Along with the fake front page, they have published an editorial titled “The GOP must stop Trump” that explains their motivation for creating the page. 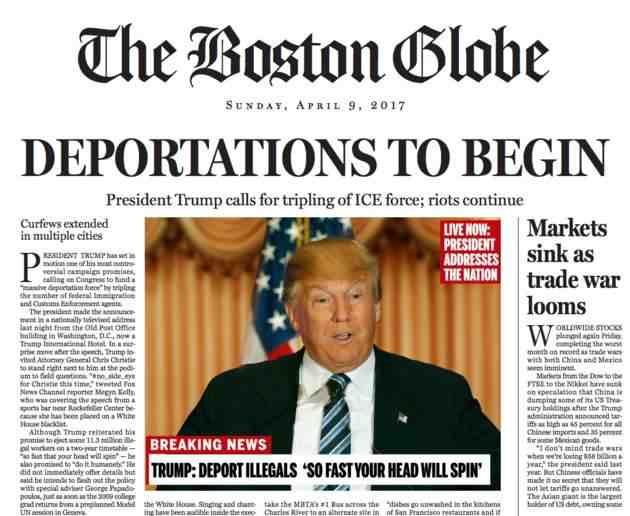 If you liked this, you might also like these related posts:
This was written by Iron Knee. Posted on Saturday, April 9, 2016, at 11:28 pm. Filed under Irony. Tagged Election, Media, Trump. Bookmark the permalink. Follow comments here with the RSS feed. Both comments and trackbacks are currently closed.