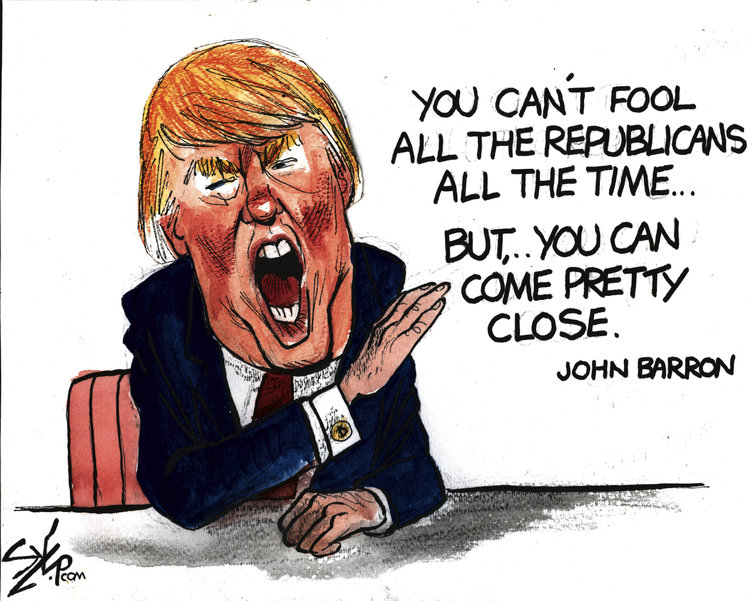 But will it be close enough to get elected?

UPDATE: Donald Trump attacks Hillary Clinton, saying “she knows nothing about national security” and dismisses her experience as secretary of state because “she’s incompetent”. “She is grossly incompetent when it comes to national security. And ISIS sits back and laughs at her.” So says the man with absolutely no experience with foreign affairs other than beauty pageants. Indeed, Trump’s anti-Muslim statements are already being used by ISIS to recruit new fighters. In addition, Trump claims he opposed the Libya invation and the Iraq war, while according to the Wall Street Journal “evidence suggests he backed them both”.

Trump’s belligerence, lies, and disregard for reality shows that his foreign policies would closely mirror those of George W Bush. In fact, they could be much worse, as Trump has repeatedly said he thinks additional nations should acquire nuclear weapons.

This was written by Iron Knee. Posted on Monday, May 23, 2016, at 12:30 am. Filed under Humor. Tagged Trump. Bookmark the permalink. Follow comments here with the RSS feed. Both comments and trackbacks are currently closed.