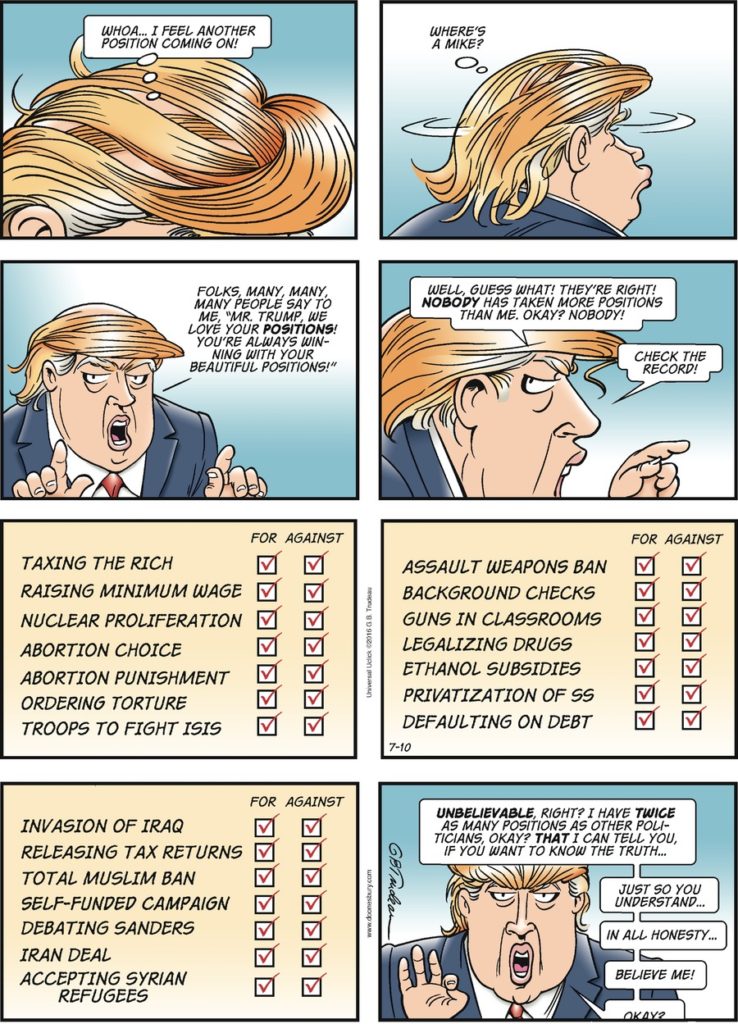 Donald Trump seems to be the master of being everything to everybody, sometimes taking contradictory positions in the same day. Which should mean that people will figure out that you can’t believe anything he says. Instead, his run-on mouth seems to be working for him, giving him tons of free media exposure. And the people who support him don’t seem to care if he lies to them. He’s almost like an abusive spouse, whose victim is willing to forgive him for any transgression.

This was written by Iron Knee. Posted on Saturday, July 16, 2016, at 12:29 am. Filed under Humor. Tagged Election, Trump. Bookmark the permalink. Follow comments here with the RSS feed. Both comments and trackbacks are currently closed.