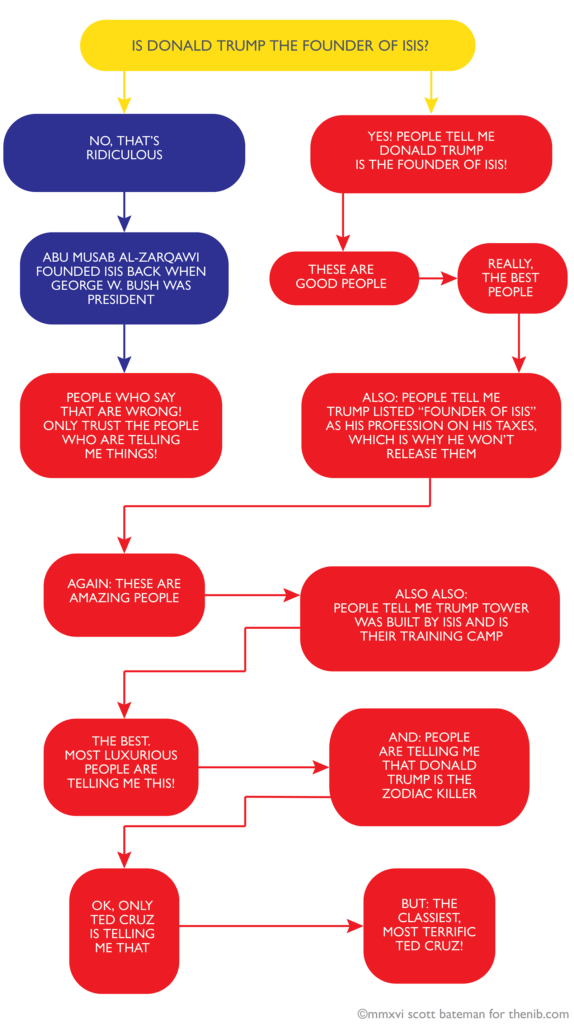 Trump continues to claim that Barack Obama and Hillary Clinton co-founded ISIS. Even conservative foreign policy experts admit “What Trump is saying is not a legitimate criticism. What he is saying is just plain nuts.” And “If anybody else would be saying this, you’d be saying, ‘Oh my goodness. How on earth could he possibly say this?’ But with Trump, it’s become pretty standard fare because almost every single day he comes out with some literally insane statement.”

Further evidence that Trump founded evidence is the fact that Trump repeatedly lied under oath about his net worth. Where did all that other money go? To ISIS of course!

This was written by Iron Knee. Posted on Friday, August 12, 2016, at 6:20 am. Filed under Humor. Tagged Terrorism, Trump. Bookmark the permalink. Follow comments here with the RSS feed. Both comments and trackbacks are currently closed.