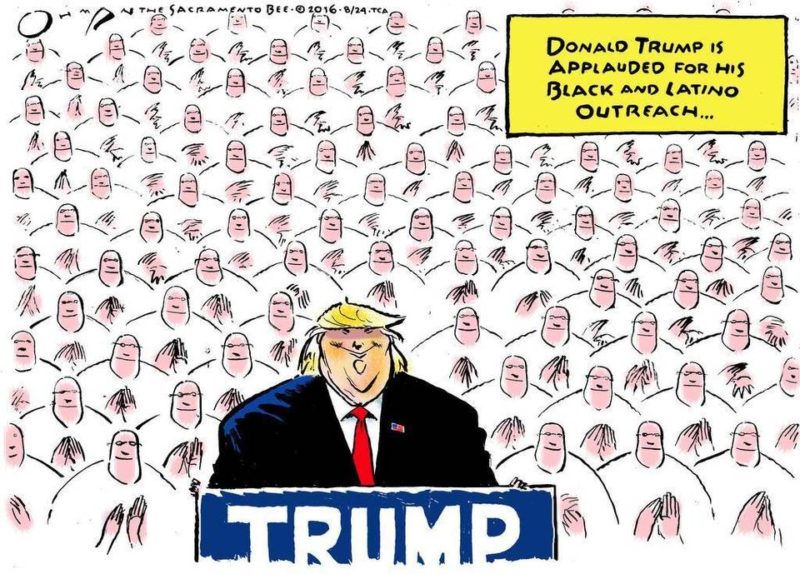 The only people who will be convinced that Trump is not a racist are racists. But that may be the whole point.

But the more important point is that Trump is making it ok to be racist in America, and this is extremely dangerous. As a must-read article in Rolling Stone puts it:

To live in modern-day America is to live in a country undeniably affected by racism – mysteriously, without any racists.

With breathtaking doublespeak, Trump attacks Clinton as being a bigot because she is intolerant of the racist “alt-right” movement. But is it bigoted to be intolerant of intolerance?

The Alt-right crowd believes in and endorses a racist ideology, and they have a presidential nominee who does the same. Calling these people anything less than vile racists would be morally reprehensible and intellectually fraudulent.

The bottom line is that we ignore the increasing drumbeat of racism in America at our peril. We risk losing the most fundamental values of our country, that all people “are created equal” and have a right to “life, liberty, and the pursuit of happiness”.

If we don’t stand up to racism, then who and what are we?

This was written by Iron Knee. Posted on Monday, August 29, 2016, at 4:57 am. Filed under Hypocrisy. Tagged Racism. Bookmark the permalink. Follow comments here with the RSS feed. Both comments and trackbacks are currently closed.