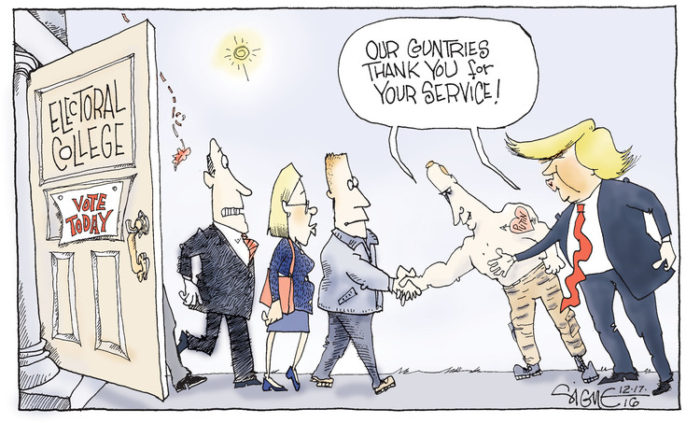 It is time for the Electoral College to go away. If not by constitutional amendment, then through the National Popular Vote Compact.

This was written by Iron Knee. Posted on Tuesday, December 20, 2016, at 12:30 am. Filed under Irony. Tagged Elections, Electoral College. Bookmark the permalink. Follow comments here with the RSS feed. Both comments and trackbacks are currently closed.