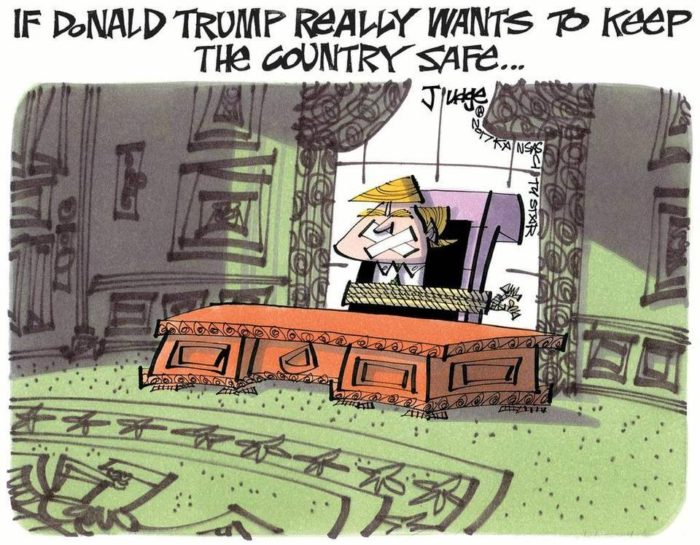 Donald Trump just can’t stay away from Twitter. On April 15th in honor of tax day, protests were held all across the US (and in several other countries) to encourage Trump to release his tax returns.

Hence the protests. But Trump is in heavy denial, so he took to twitter and claimed “Someone should look into who paid for the small organized rallies yesterday. The election is over!”

Yeah, right. Someone organized and funded tens of thousands of fake protesters all across the nation, and somehow managed to keep it all secret. Of course.

If you liked this, you might also like these related posts:
This was written by Iron Knee. Posted on Tuesday, April 18, 2017, at 12:30 am. Filed under Hypocrisy. Tagged Lies, Taxes, Trump. Bookmark the permalink. Follow comments here with the RSS feed. Both comments and trackbacks are currently closed.