Fox News tweeted the following graphic in a truly pitiful attempt to make Donald Trump look good. The graphic shows the unemployment rate 100 days after each of the last four presidents took office: 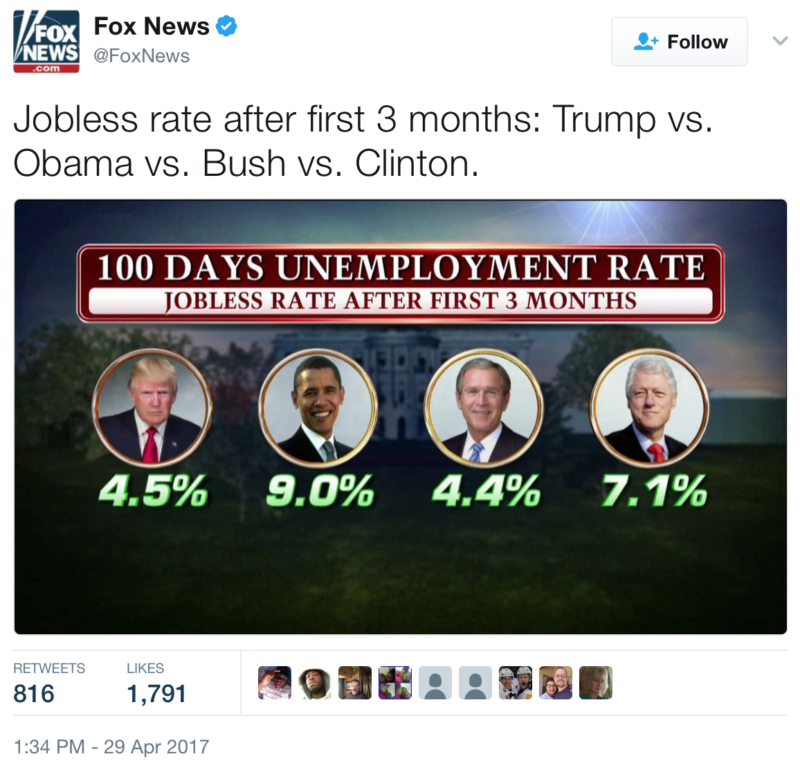 You have to be some amazing kind of stupid to think that a president can make any change to the unemployment rate in just a couple of months. Instead, it is obvious that this shows the unemployment rate inherited by each president from their predecessor. In particular, everyone knows that Obama inherited a disaster of a recession from George W Bush.

Luckily, the internet tweeted back a corrected graphic: 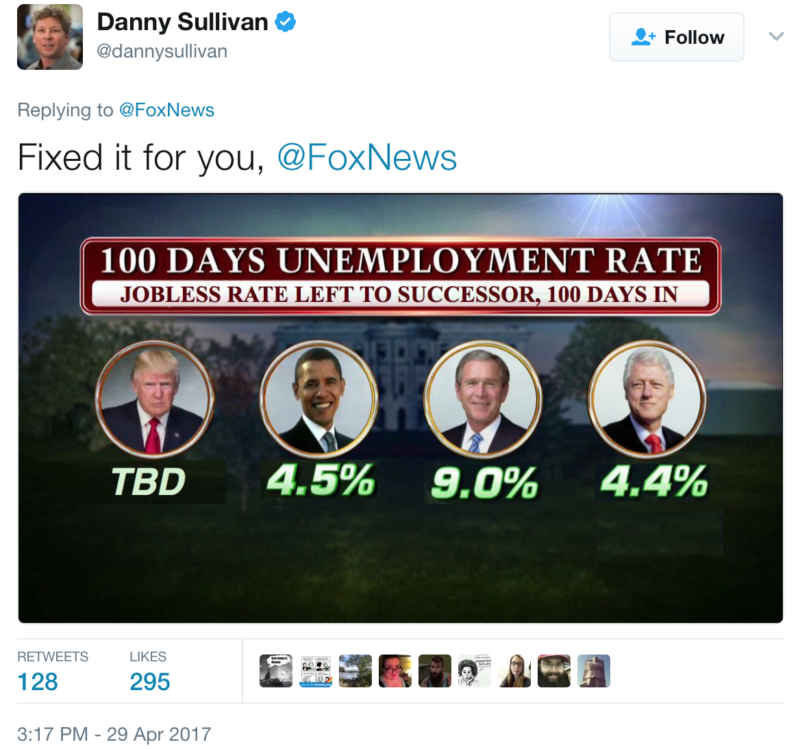 My question is, does Fox News really think its viewers are that stupid, or did they post this in an attempt to curry favor with our vain president?

This was written by Iron Knee. Posted on Sunday, April 30, 2017, at 12:25 am. Filed under Hypocrisy. Tagged Donald Trump, Fox News, Unemployment. Bookmark the permalink. Follow comments here with the RSS feed. Both comments and trackbacks are currently closed.