But the most interesting part are his conclusions. I’ll just quote one of them:

Keep calm and carry on

I wish we hadn’t built a memorial after 9/11. I wish we’d just rebuilt those same two towers, but even taller, if only to say “You didn’t beat us: we still here. You knock down these towers, we build them right back.”

The West is still strong, and no one can defeat it from the outside. That’s why terrorism exists as a tactic: terrorists know they can’t beat a Western army on the battlefield, so they resort instead to cowardly and cruel acts of killing civilians to try to provoke us into beating ourselves. They want us to overreact and do something that accidentally kills civilians in Muslim countries or alienates Muslims in Western countries. That’s how you recruit people to your side: by showing people they’re the “us” in a war of us-against-them.

And as scary as Saturday’s events were, I continually remind myself that statistically speaking, the most dangerous thing I did Saturday was the taxi ride from the airport.

That’s right. Being killed in a terrorist incident has similar odds to being struck by an asteroid.

His conclusion: “It’s only if we give in to fear that the terrorists win.” We should be more like this guy, who fled the terrorist attack carefully carrying his pint of beer: 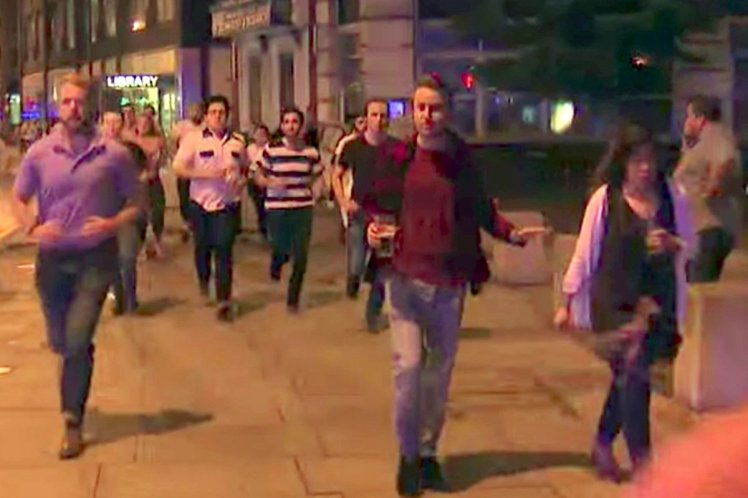 This was written by Iron Knee. Posted on Thursday, June 15, 2017, at 12:28 am. Filed under Irony. Tagged Terrorism. Bookmark the permalink. Follow comments here with the RSS feed. Both comments and trackbacks are currently closed.