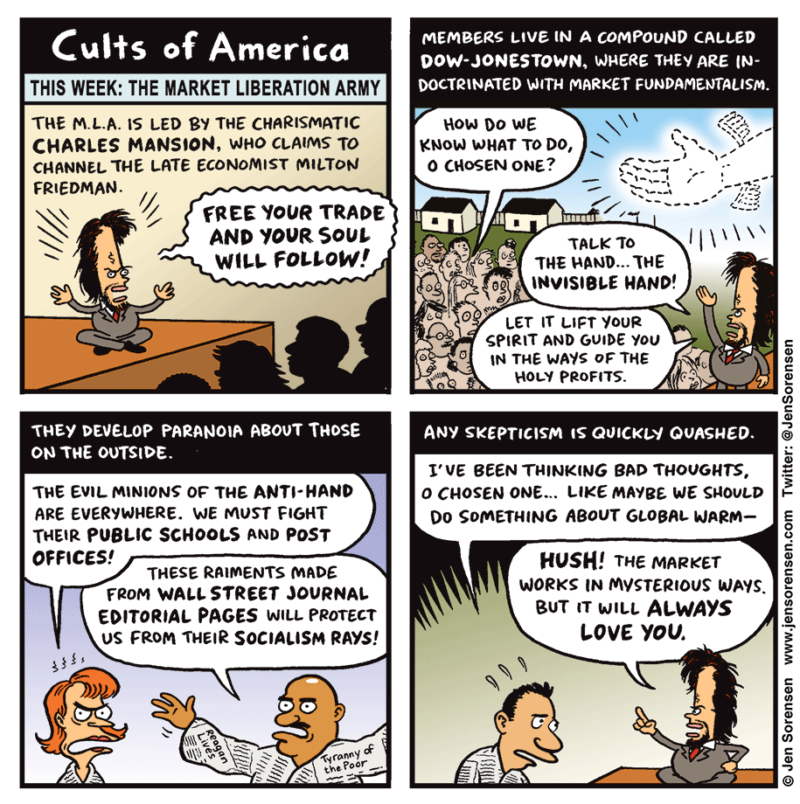 Don’t get me wrong — I love free markets. But free markets require careful regulation to keep them free. Democracy and freedom still requires the rule of law. Otherwise we end up with monopolies, corporations as people, robber barons, corporate welfare, and economic stagnation.

In fact, the point of this comic is that what is being promoted as capitalism nowadays is more like a religion than a set of economic principles. What else could explain that while the Koch Brothers’ “great conservative economic experiment” in Kansas has failed miserably, the same religion is still being peddled at the national level by Trump and the Republicans. They just didn’t believe in it hard enough.

People seem to be worshiping greed and avarice. And their high priest is Donald Trump, an unabashed twittervangelist and con man.

If you liked this, you might also like these related posts:
This was written by Iron Knee. Posted on Friday, July 7, 2017, at 10:20 am. Filed under Irony. Tagged Economics, Religion. Bookmark the permalink. Follow comments here with the RSS feed. Both comments and trackbacks are currently closed.