Wanted: Another Failure to Communicate 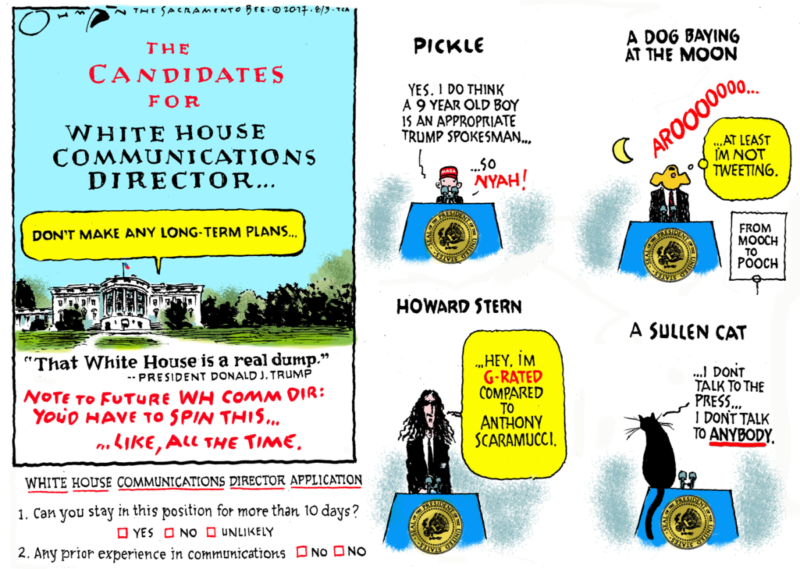 Unfortunately, this comic left off the current leading candidate for the position of White House communications director, which of course would be Donald Trump himself. Trump obviously wants the job. In fact, it seems to be the only job he actually likes and spends any of his time at.

Negotiating treaties? Boring. Getting Congress to pass legislation? Ick, ickity, ick. Tweeting at 3am? He’s on the job!

This was written by Iron Knee. Posted on Saturday, August 5, 2017, at 12:25 am. Filed under Humor. Tagged Lies, Trump. Bookmark the permalink. Follow comments here with the RSS feed. Both comments and trackbacks are currently closed.