I’ve looked at war from both sides now… 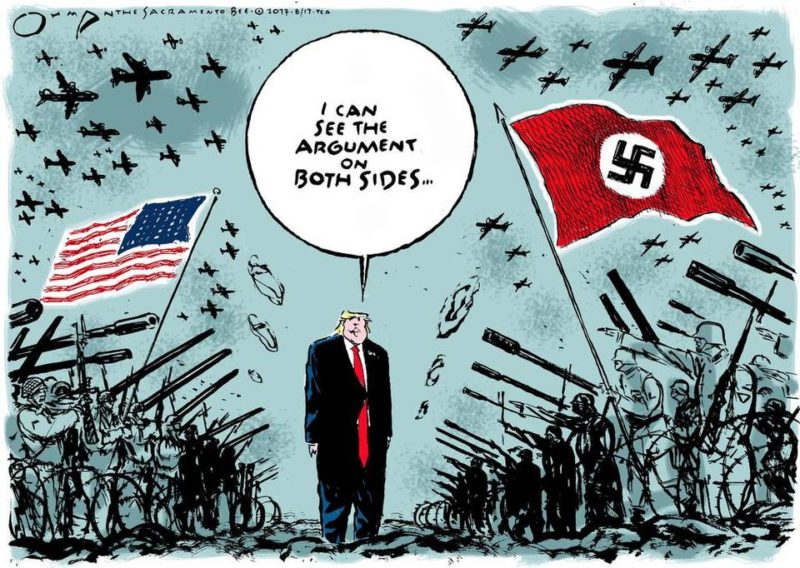 It only took one day for Donald Trump to go back to to blaming “both sides” for the violence in Charlottesville.

He also did something worse in a way. About the white supremacist who drove his car into a crowd of protesters (killing one and putting other in the hospital), Trump said “The driver of the car is a murderer and what he did was horrible, horrible, inexcusable thing.” Why is what he said so bad? Because now it will be almost impossible to find enough “fair and impartial” people for a jury, so that white supremacist murderer might just walk.

This was written by Iron Knee. Posted on Thursday, August 17, 2017, at 12:24 am. Filed under Irony. Tagged Racism, Terrorism. Bookmark the permalink. Follow comments here with the RSS feed. Both comments and trackbacks are currently closed.