For example, they are posting photographs that they claim proves that Ford is a Democratic party operative. Except that the photographs they are posting of Ford with Bill Clinton and George Soros aren’t actually Ford. In fact, they don’t look anything like her. The one posing with Clinton is Senator Kirsten Gillibrand and with Soros is Lyudmyla Kozlovska. Maybe women all look alike to them. 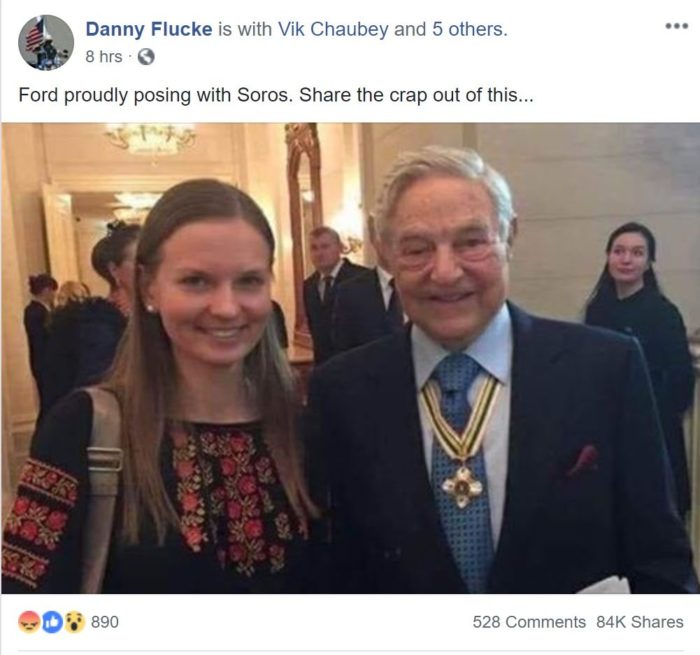 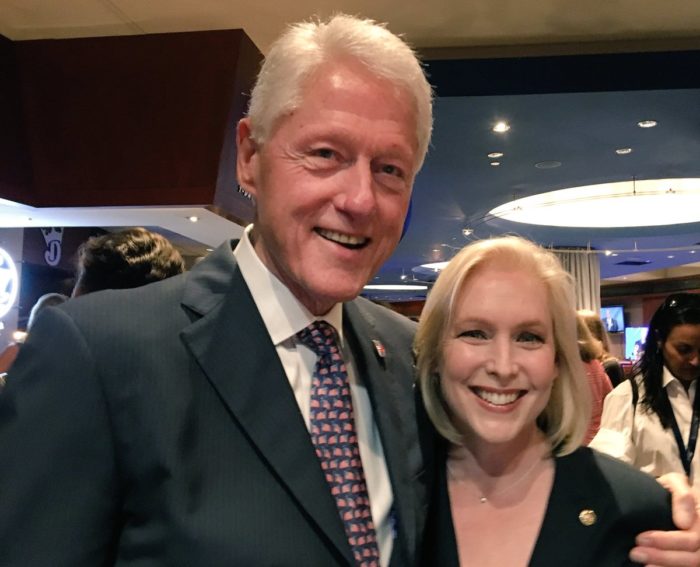 Unfortunately, there is strong evidence that the Republican base is eating this crap up. Getting someone who has been credibly accused of attempted rape confirmed to the Supreme Court is actually increasing Republican enthusiasm in advance of the midterms.

We can only hope that there is a backlash against this. 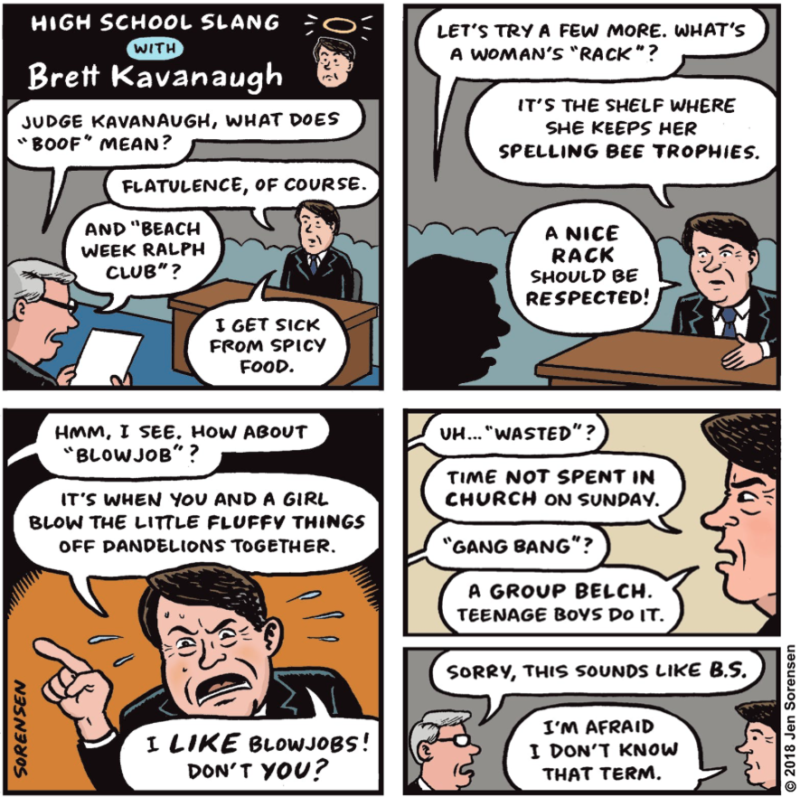 This was written by Iron Knee. Posted on Thursday, October 4, 2018, at 10:59 am. Filed under Hypocrisy. Tagged Supreme Court. Bookmark the permalink. Follow comments here with the RSS feed. Both comments and trackbacks are currently closed.