Could our politics get any crazier? 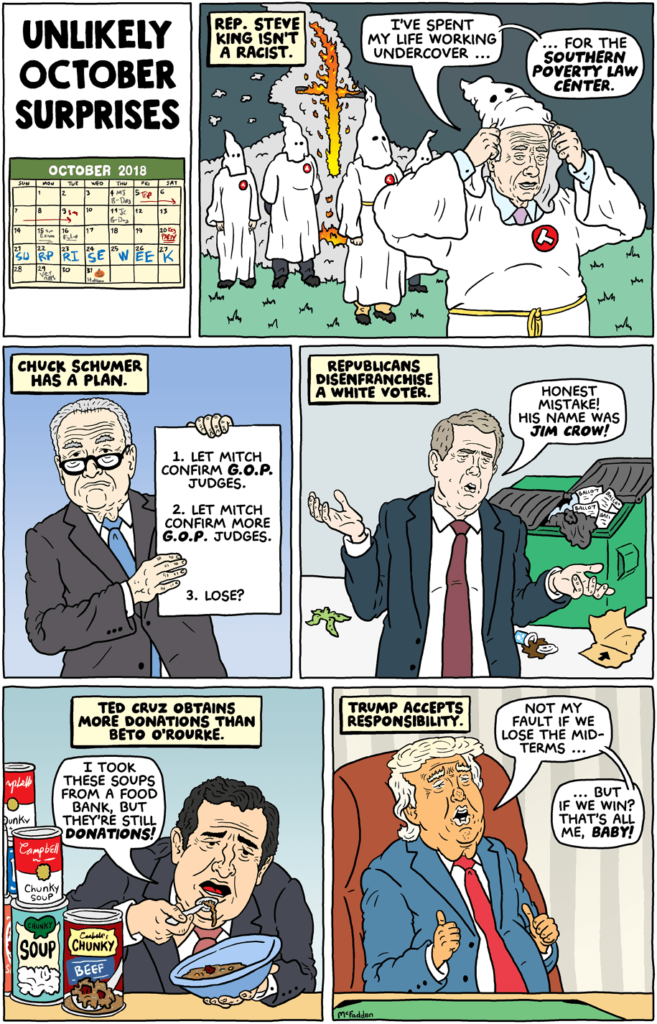 There’s only a few weeks before the election. People (including me) have noted that when Donald Trump accuses someone of something, it is probably true that he himself is guilty of the same thing (or worse).

If you think these things are too crazy, you probably aren’t paying enough attention.

This was written by Iron Knee. Posted on Saturday, October 20, 2018, at 6:24 am. Filed under Humor. Tagged Election. Bookmark the permalink. Follow comments here with the RSS feed. Both comments and trackbacks are currently closed.