Who says that McCain doesn’t understand the Internet. Well, come to think of it, he doesn’t. But he seems to have found a new way to get free airplay for his political ads. Simply fill them with lies about your opponent!

Then the liberal blog-o-sphere will endlessly analyze your ads, your opponent will have to respond to them, morning shows will titter about them, and so on. This pushes them out to many times more viewers than originally saw them on TV, and at no cost. After all, a candidate who has to hold a campaign event in a German restaurant when his opponent is giving a speech to 200,000 people in Germany probably has to settle for running ads in the late night slot on minor cable channels. 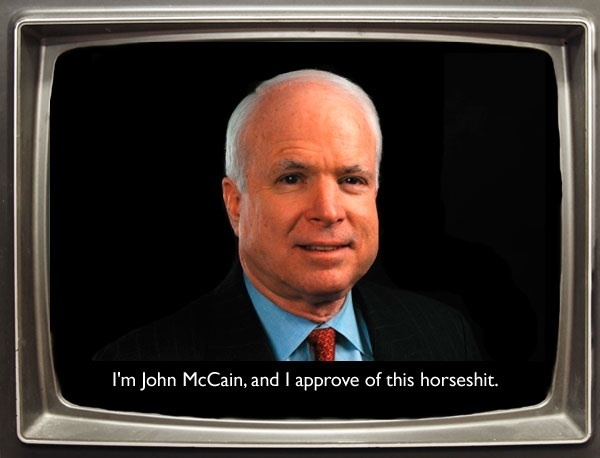 This was written by Iron Knee. Posted on Friday, August 1, 2008, at 1:07 am. Filed under Irony. Tagged McCain. Bookmark the permalink. Follow comments here with the RSS feed. Both comments and trackbacks are currently closed.