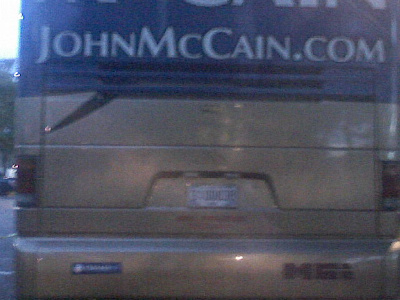 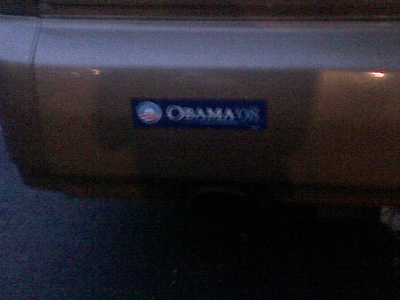 UPDATE: Was it the shock of learning they had acquired an Obama bumper sticker? The Straight Talk Express bus crashed into a minivan in Miami today. Does this mean they will take away McCain’s driver’s license?

UPDATE 2: US News & World Report has a hilarious report on the bus accident in (of all places) their Automotive News site.

To justify the report, they finish it off as follows:

Was your minivan recently crushed by an advocate of offshore drilling? Search for a replacement from the best minivans list at U.S. News. With five new minivans achieving near perfect safety scores, they’re practically politician-proof.

This was written by Iron Knee. Posted on Wednesday, August 6, 2008, at 10:09 am. Filed under Irony, Popular. Tagged McCain, Obama. Bookmark the permalink. Follow comments here with the RSS feed. Both comments and trackbacks are currently closed.