We need a new political party – the Small Party

Robert Reich (blogger, former Secretary of Labor, current UC Berkeley professor, and author of the book Supercapitalism) has a must-read blog entry today, pointing out that if these companies the government is bailing out are “too big to fail” then maybe they are just too big, period.

But the biggest irony, as he points out, is that at the same time government is bailing out these companies who are too big to fail, the same government policy-makers are creating even larger companies. If they are too big, shouldn’t we be making them smaller? But instead Bank of America took over Merrill-Lynch and Countrywide, JP Morgan acquired Washington Mutual and Bear Stearns, and now General Motors is being encouraged to absorb Chrysler. What happens when you take multiple companies that are each too big to fail (but failing anyway) and combine them into a larger company? Won’t that make things even worse?

Reich points out that “we seem to have forgotten that the original purpose of antitrust law was also to prevent companies from becoming too powerful.” We used to understand that absolute power corrupts absolutely. Even the framers of the Constitution added the tenth amendment to limit the power of the federal government.

For example, the US is the only industrialized country that doesn’t have universal health insurance, largely because we don’t want government controlling our health care. But having huge insurance corporations controlling our health care is even worse, since they only care about maximizing their profits and their size makes them just as uncaring about actual patient needs. 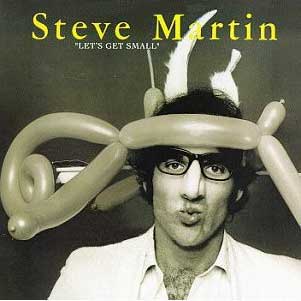 I’ve always wanted a new political party, called the “Small Party“. The Small Party would limit power to the lowest levels and smallest size possible. Corporate size and power (both of which are completely out of control right now) would be strictly limited. Most of our new jobs and economic growth come from small companies, so they would be encouraged. How? Easy! For starters, make corporate taxes progressive (just like individual income taxes) so that large companies pay a larger share. Today, 67% of large corporations don’t pay any taxes at all. Large multinational corporations are even worse — 72% of them pay no taxes. The Small Party would change that.

Likewise, the size and power of large unions would be limited, but small unions would be encouraged. Tax exemptions for megachurches would be limited. Limits on media control would be reestablished. And government power would be likewise limited, by pushing as much federal power as possible to the state level, and state power to even lower levels. The term “states rights” has a bad reputation among progressives because it has been used to tip the balance toward other powerful interests, but if all power is limited, then states rights would once again become a good thing.

Even the small party itself would be run at the state and local level, with minimal power at the national level. As Steve Martin says, let’s get small!

This was written by Iron Knee. Posted on Tuesday, October 21, 2008, at 12:22 pm. Filed under Irony. Bookmark the permalink. Follow comments here with the RSS feed. Both comments and trackbacks are currently closed.