I think this graphic — prepared by Nancy Pelosi using month-by-month job loss data from the Bureau of Labor Statistics — speaks for itself. I hope the Dems show this every time anyone tries to blame Obama for the high unemployment rate. 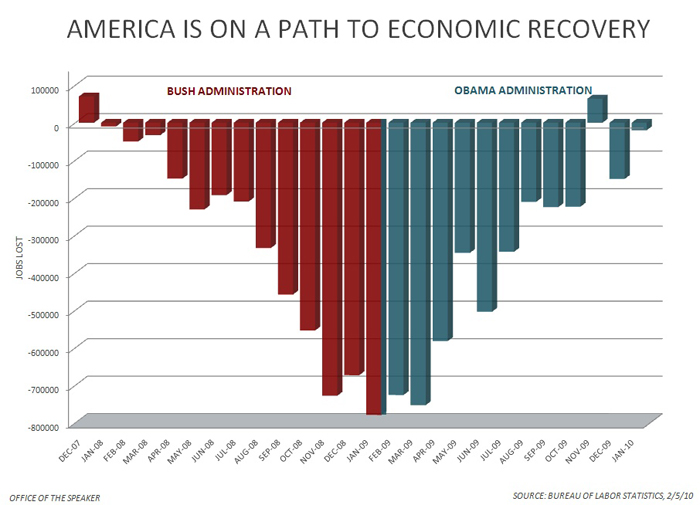 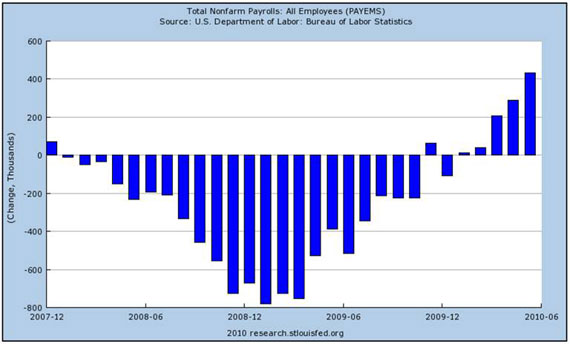 The source article also has a really interesting example of how Fox distorts graphs like this.

This was written by Iron Knee. Posted on Saturday, February 6, 2010, at 5:20 am. Filed under Irony. Tagged Economy. Bookmark the permalink. Follow comments here with the RSS feed. Both comments and trackbacks are currently closed.