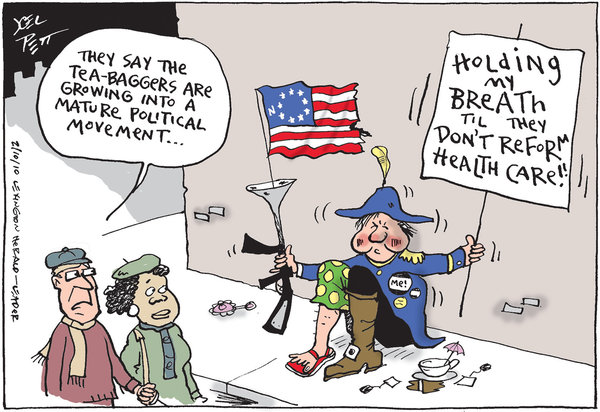 Actually, I think the Tea Party movement has been taken over by Republican political operatives. You know things are crazy when Ron Paul — the person who held the first modern “tea party” and more than any politician represents the ideals of small government and fiscal responsibility — has three “tea party” candidates running against him in the Republican primary.

This was written by Iron Knee. Posted on Wednesday, February 10, 2010, at 2:21 pm. Filed under Humor. Tagged Conservatives. Bookmark the permalink. Follow comments here with the RSS feed. Both comments and trackbacks are currently closed.