Michael Brown, the crony appointment ex-FEMA director famous for his horribly botched response to Hurricane Katrina that cost hundreds of lives, object of the infamous “Heckuva job, Brownie” quote from Dubya, and for being removed from his job, is now an expert on oil spills according to Fox News. During the interview, Brown claims:

And talking about the damage from the resulting oil slick, he added:

This is exactly what they want, because now [Obama] can pander to the environmentalists and say, ‘I’m gonna shut it down because it’s too dangerous.’

So according to Brown, Obama waited on purpose to respond to the oil spill in the Gulf, for political reasons. Despite plenty of evidence that there actually was no delay. Does this qualify him for hypocrite of the century? 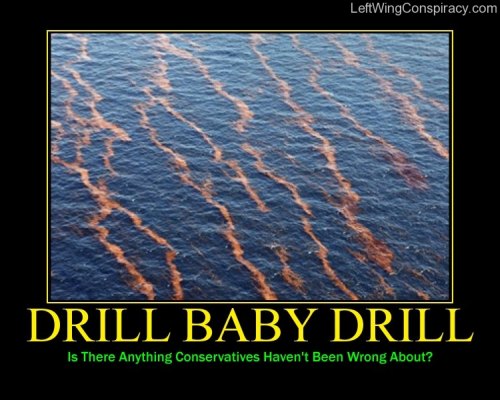 This was written by Iron Knee. Posted on Tuesday, May 4, 2010, at 3:56 am. Filed under Hypocrisy. Tagged Environment, Fox News. Bookmark the permalink. Follow comments here with the RSS feed. Both comments and trackbacks are currently closed.