Sinking Feeling of the Unemployed 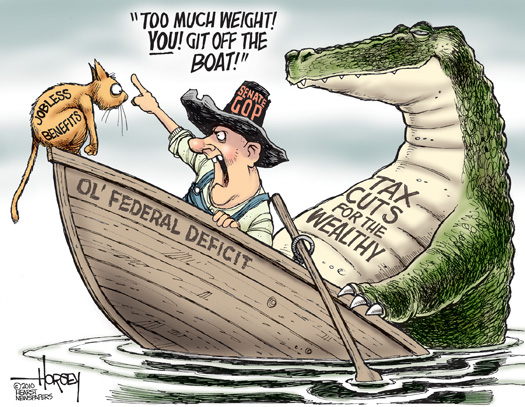 UPDATE: ProseBeforeHos weighs in on this cartoon and points out the hypocrisy of the Senate Republicans who filibustered unemployment benefits as fiscally unwise (cost: $34 billion) but all voted for extending Bush’s tax cuts (cost: $200 billion per year, or a grand total of $2.2 Trillion if extended the proposed ten years).

This was written by Iron Knee. Posted on Monday, July 19, 2010, at 10:05 am. Filed under Humor, Popular. Tagged Economy. Bookmark the permalink. Follow comments here with the RSS feed. Both comments and trackbacks are currently closed.