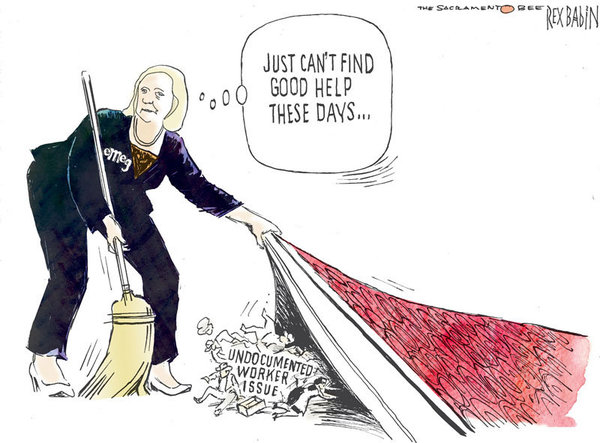 It has already become a virtual truism that people who are virulently anti-gay are probably acting out of their closet. With the recent revelation that that anti-immigrant hardliner Meg Whitman employed an illegal alien as a housekeeper for nine years, it seems that the same thing applies to people who condemn illegal immigrants.

This was written by Iron Knee. Posted on Friday, October 8, 2010, at 9:58 pm. Filed under Hypocrisy. Tagged Immigration. Bookmark the permalink. Follow comments here with the RSS feed. Both comments and trackbacks are currently closed.