Let’s hope the future is not set in stone 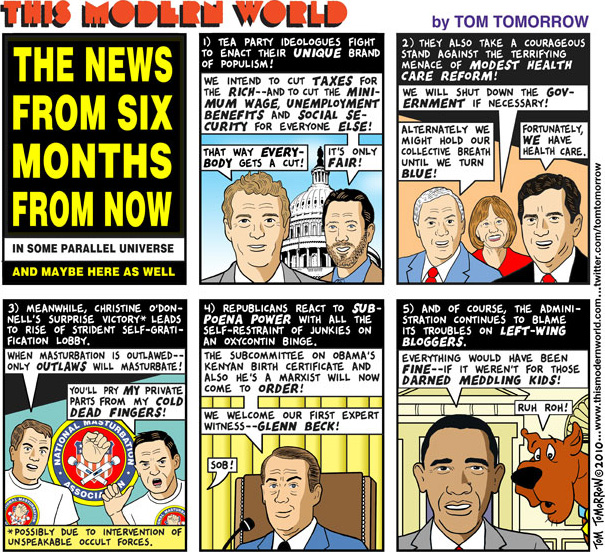 So, how many of these things do you think will come true? I’m definitely betting on #4 (next to last). After all, they did it to Clinton and they’ve been doing everything but to Obama. And unfortunately, they will probably try #2, but will likely fail.

This was written by Iron Knee. Posted on Wednesday, October 13, 2010, at 12:36 am. Filed under Humor. Tagged Tea Party. Bookmark the permalink. Follow comments here with the RSS feed. Both comments and trackbacks are currently closed.