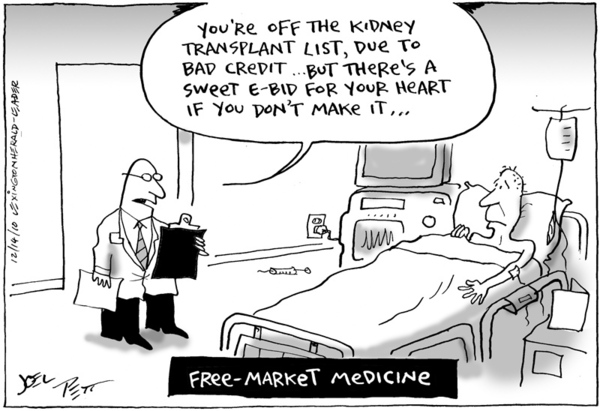 If the Republicans on the Supreme Court somehow get the individual mandate declared unconstitutional, who says the Republicans in Congress don’t have an alternative plan? The banks can even create a derivatives market for organs!

UPDATE: The Judge’s ruling that the individual mandate is unconstitutional is fatally flawed (even according to conservatives).

This was written by Iron Knee. Posted on Thursday, December 16, 2010, at 12:26 am. Filed under Irony. Tagged Health. Bookmark the permalink. Follow comments here with the RSS feed. Both comments and trackbacks are currently closed.