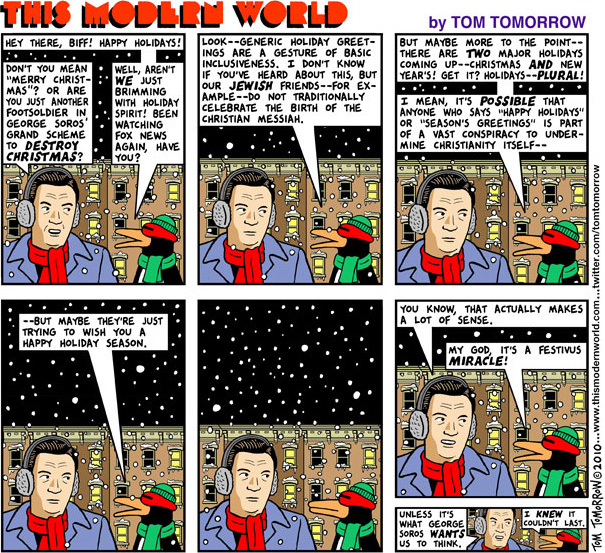 Sometimes I’m afraid to wish people “Happy Holidays” or even “Season’s Greetings” for fear that I might be accused of being anti-Christmas. What would Jesus do?

This was written by Iron Knee. Posted on Monday, December 20, 2010, at 9:31 am. Filed under Humor. Tagged Religion. Bookmark the permalink. Follow comments here with the RSS feed. Both comments and trackbacks are currently closed.