The Irony of the Tea Party 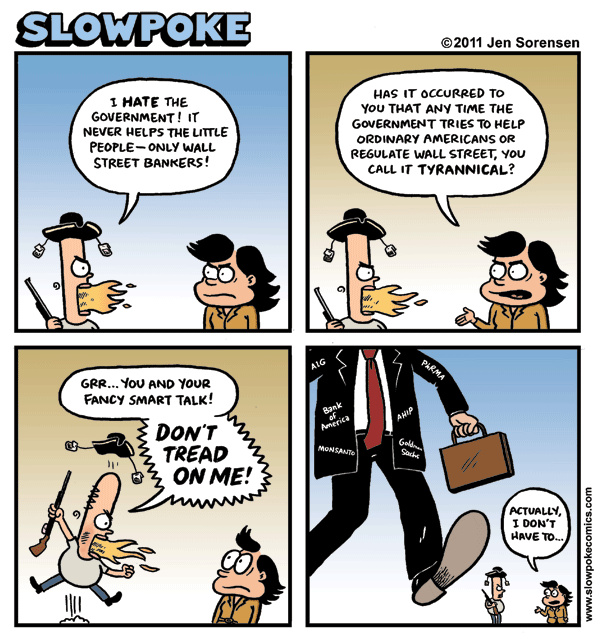 I am continually impressed that the Tea Party has gotten so many people to protest against their own interests.

This was written by Iron Knee. Posted on Saturday, January 29, 2011, at 9:39 am. Filed under Irony. Tagged Tea Party. Bookmark the permalink. Follow comments here with the RSS feed. Both comments and trackbacks are currently closed.