And His Name is Newt 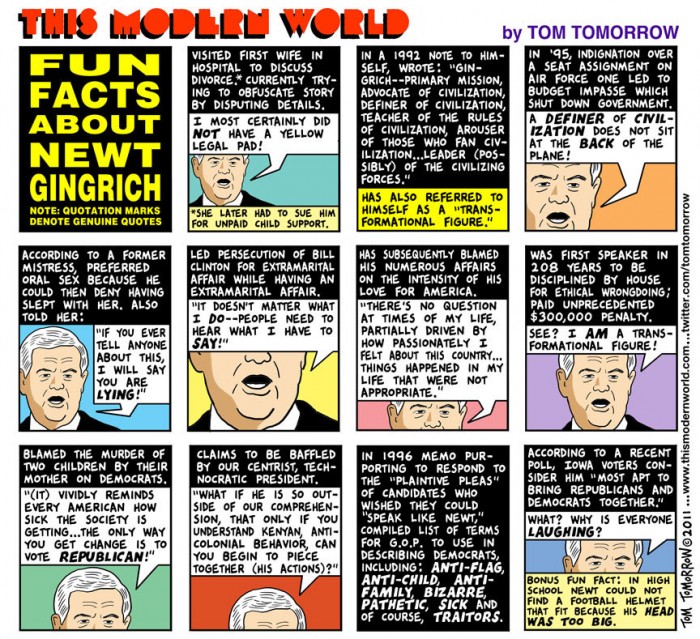 Are Republicans seriously suggesting that this man could be president of the US?

His character flaws — his impulsiveness, his grandiosity, his weakness for half-baked (and not especially conservative) ideas — made him a poor Speaker of the House. Again and again he combined incendiary rhetoric with irresolute action, bringing Republicans all the political costs of a hardline position without actually taking one. Again and again he put his own interests above those of the causes he championed in public.

As an added bonus, here’s Mark Fiore’s hilarious cartoon about Gingrich (the anti-Mitt):

This was written by Iron Knee. Posted on Thursday, December 15, 2011, at 12:54 am. Filed under Irony. Tagged Elections. Bookmark the permalink. Follow comments here with the RSS feed. Both comments and trackbacks are currently closed.