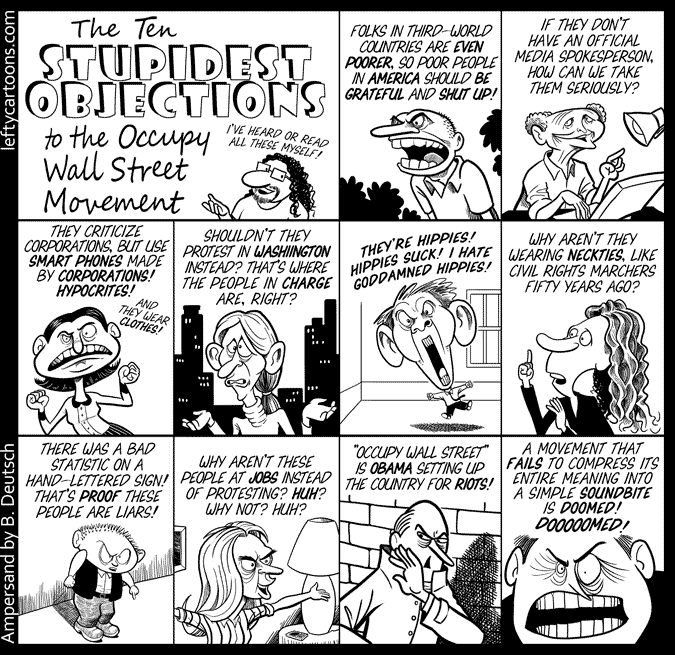 I’ve even seen one of these objections voiced in here.

I think the biggest cause of confusion over the OWS movement is that we only understand hierarchical power structures in this country. Every movement not only has to have “an official media spokesperson” but they have to have someone who is in charge. Just like we always blame the president for everything bad that happens, even though by our constitution the president has very limited powers.

The Tea Party movement ran into the same problem, but only for a moment until the Republican Party and Fox News took it over.

But hierarchical power structures are becoming quaint in the age of the Internet. The first time I saw this in action was during the WTO protests in Seattle in 1999, which was largely organized by decentralized word of mouth over the internet and cell phones.

Indeed, most of the current revolutions in the Middle East are following the same pattern. The problem is that when a decentralized movement overcomes a centralized power structure like a government, it leaves a power vacuum, like we are seeing now in Egypt and Libya.

This was written by Iron Knee. Posted on Thursday, December 15, 2011, at 12:59 pm. Filed under Irony. Tagged Protests. Bookmark the permalink. Follow comments here with the RSS feed. Both comments and trackbacks are currently closed.