Just Wait, We Will Find One For You! 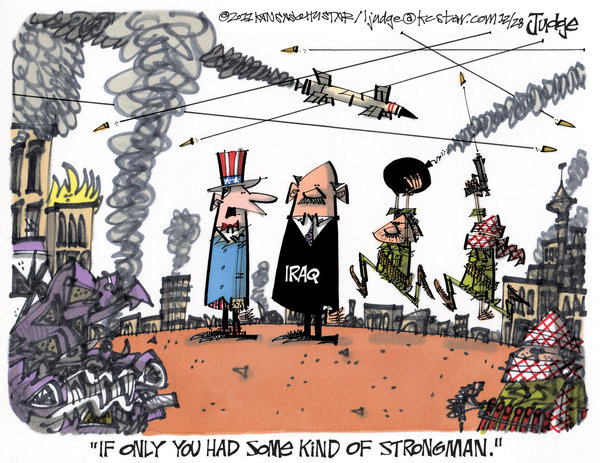 As Obama used to say, Iraq was a “stupid” war. After spending three trillion dollars, with thousands of American soldiers dead (more than the number of people who died in the 9/11 attacks), and hundreds of thousands of Iraqi civilians dead, just what did we accomplish? Well, we removed strongman Saddam Hussain from power. Of course, we helped keep him in power in the 1960s, 70s, and 80s, especially during the Iraq/Iran war.

This was written by Iron Knee. Posted on Thursday, December 29, 2011, at 11:37 am. Filed under Irony. Tagged War. Bookmark the permalink. Follow comments here with the RSS feed. Both comments and trackbacks are currently closed.