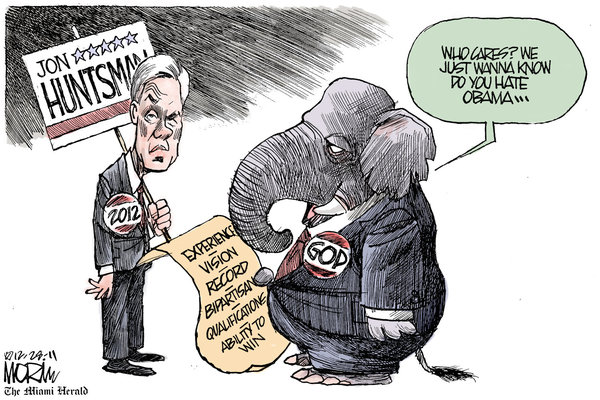 I’ve long suspected that Jon Huntsman knows both that he cannot win the nomination in the current Republican party, or even if he did, that he probably could not win against Obama. Instead, he is positioning himself for a presidential run in 2016, when Obama won’t be an issue and by then (hopefully) the Republican party will have imploded (from the effects of the Tea Party, Fox News, and their war on science) and will be starting to rebuild itself.

This was written by Iron Knee. Posted on Friday, December 30, 2011, at 1:02 am. Filed under Irony. Tagged Elections. Bookmark the permalink. Follow comments here with the RSS feed. Both comments and trackbacks are currently closed.