I’m sure most of you have heard all about the recent kerfuffle between the Susan G. Komen for the Cure foundation and Planned Parenthood. This episode will likely be used in business schools in the future as an example of how not to do something. But there are a couple of take-home messages for all of us in this:

UPDATE: It is not clear whether or not Komen is still trying to pull a fast one.

UPDATE 2: It also appears that this is not the first time that Komen has bowed to right-wing pressure. Not only do they not like Planned Parenthood, they don’t like embryonic stem cell research, another conservative hot button.

UPDATE 3: A great rant about Komen, Pinkwashing, and how cancer is big business. 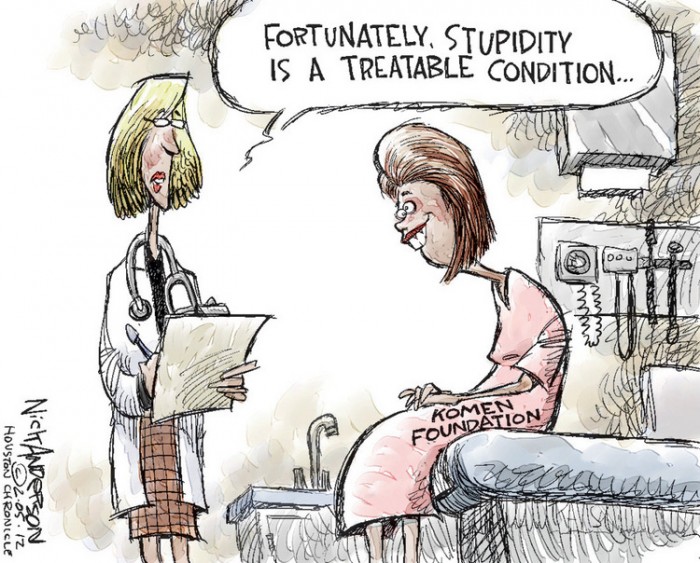 If you liked this, you might also like these related posts:
This was written by Iron Knee. Posted on Saturday, February 4, 2012, at 3:57 pm. Filed under Irony. Tagged Abortion, Charities, Conservatives. Bookmark the permalink. Follow comments here with the RSS feed. Both comments and trackbacks are currently closed.