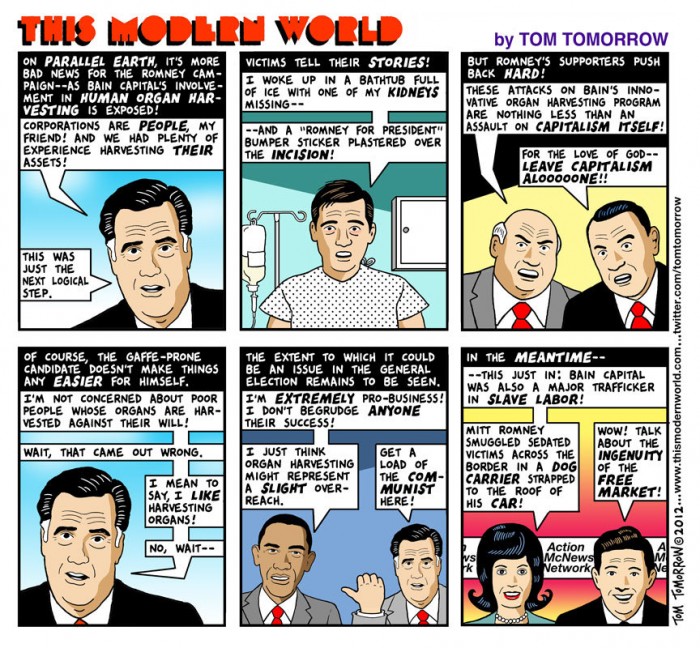 I usually don’t like comics like this, where they make fun of a politician for something they didn’t actually do (especially when there are plenty of things they did do that are just as bad). But this one is making a good (albeit subtle) point. The vampire capitalism practiced by companies like Romney’s Bain Capital (and largely made possible by obscure tax loopholes) is hard for the average person to relate to. Tom Tomorrow makes the point that if Romney really believes that corporations are people, then harvesting the “organs” of corporations is analogous to harvesting the real organs of real people.

Or maybe I only get the joke because I used to work as a CEO?

This was written by Iron Knee. Posted on Tuesday, February 14, 2012, at 9:00 am. Filed under Irony. Tagged Elections. Bookmark the permalink. Follow comments here with the RSS feed. Both comments and trackbacks are currently closed.