Back in 2008 when gas prices spiked, Fox News said “no President has the power to increase or to lower gas prices.” And that the best way to reduce gas prices is to reduce consumption, so Americans should “get rid of those gas guzzlers, buy decent insulation for your house.”

I guess their idea of “balance” is that they talk out of both sides of their mouth, depending on who is president. And above all else, if anything bad happens, it is Obama’s fault. 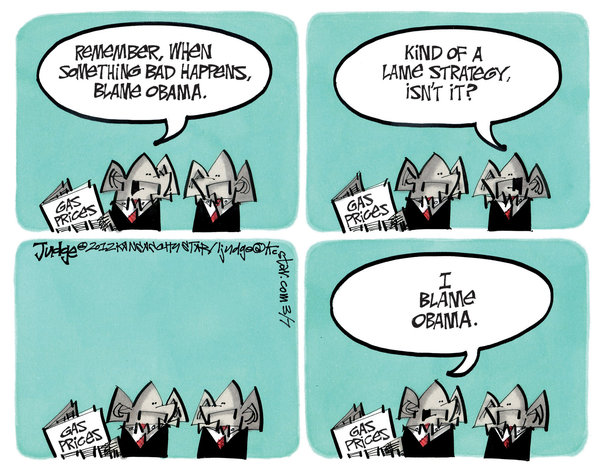 If you liked this, you might also like these related posts:
This was written by Iron Knee. Posted on Friday, March 9, 2012, at 1:08 am. Filed under Irony. Tagged Economy, Energy. Bookmark the permalink. Follow comments here with the RSS feed. Both comments and trackbacks are currently closed.