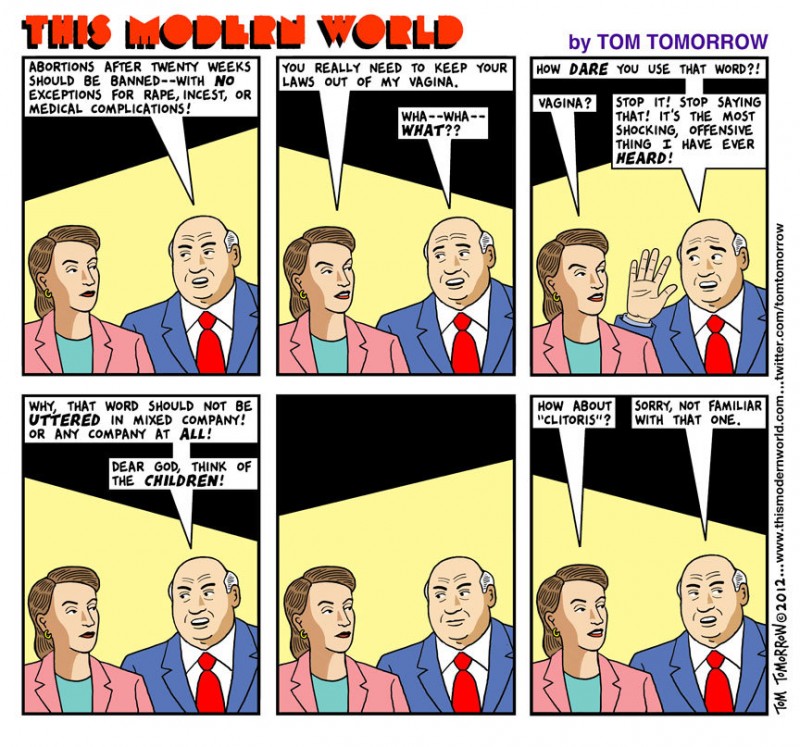 Ironically, during the recent debate over laws that would have forced women to have an ultrasound of the fetus before having an abortion, the term “vaginal probe” was used frequently, but not the word “vagina”.

One possible explanation is that the word “vagina” does something that men can’t stand — in an age where women are constantly over-sexualized, the clinical-sounding word “vagina” takes the sex out of it. Men prefer other words for that body part.

This was written by Iron Knee. Posted on Wednesday, June 27, 2012, at 12:04 am. Filed under Irony. Tagged Sex, Women. Bookmark the permalink. Follow comments here with the RSS feed. Both comments and trackbacks are currently closed.