Flip-Flop at the Speed of Light

Mitt Romney is now comfortable contradicting himself in the same statement.

Today, after the Supreme Court ruling on the ACA (ObamaCare), Romney said:

As PolitiFact says while rating this statement False, “How is it that a law can raise taxes and cut spending, but also add trillions to the deficit?” It just doesn’t make any sense at all.

You would think someone with so much business experience would understand that if a company raises revenues and cuts expenses, that is going to decrease their debt load. Of course, increasing the debt load of companies they acquired was a speciality of Bain Capital, and is what made Romney rich. 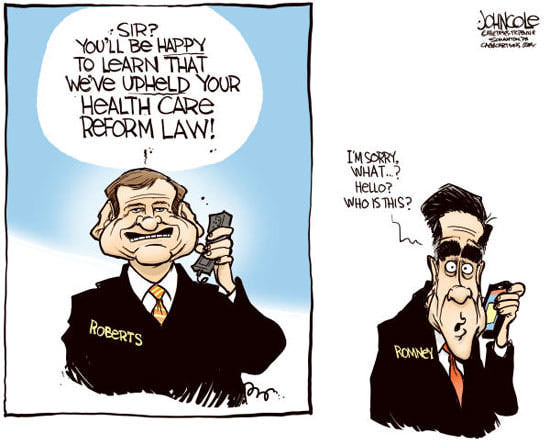 This was written by Iron Knee. Posted on Friday, June 29, 2012, at 12:05 am. Filed under Hypocrisy. Tagged Health. Bookmark the permalink. Follow comments here with the RSS feed. Both comments and trackbacks are currently closed.