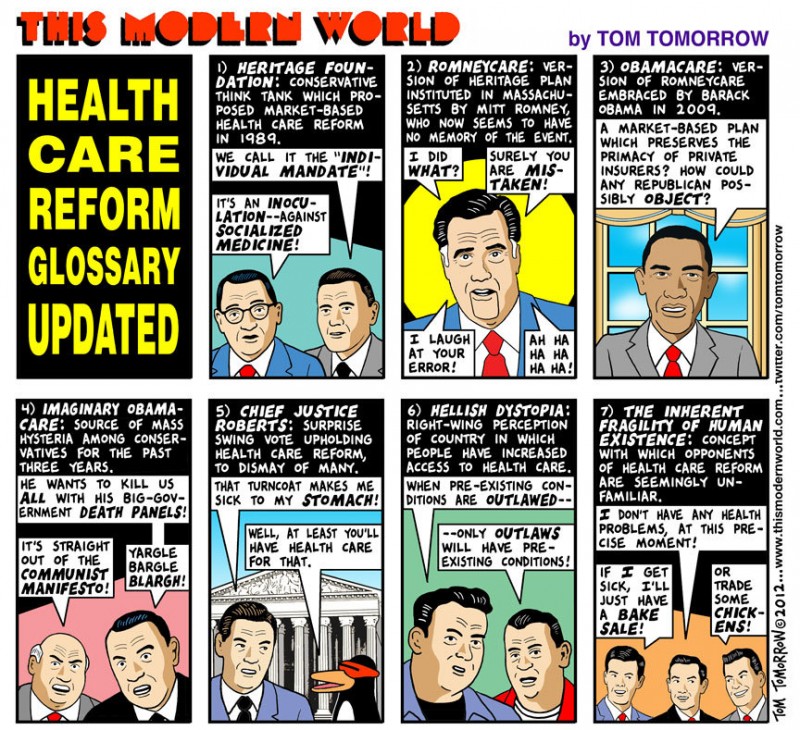 One of the problems is that since health care reform was passed in March 2010, around $235 million has been spent on ads attacking it, funded by people like Karl Rove. And that doesn’t include all the attacks (like the one in the previous paragraph) that aren’t in ads, or from conservative media outlets like Fox News.

This was written by Iron Knee. Posted on Wednesday, July 4, 2012, at 4:59 am. Filed under Hypocrisy. Tagged Health. Bookmark the permalink. Follow comments here with the RSS feed. Both comments and trackbacks are currently closed.