When Everything is Political 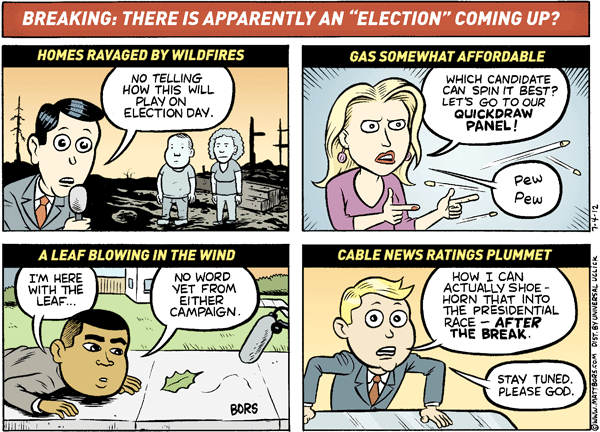 Not only does the media treat everything as if it were political, it treats politics as a simple horse race. Unfortunately, reality is a bit more complicated. Health care isn’t just a fight between the Republicans and Democrats, it affects people’s lives. You would think that the media would realize that the way to gain more viewers is to give them news about things that affect them, instead of as just some abstract competition between tribes called political parties that hardly anyone actually cares about.

This was written by Iron Knee. Posted on Wednesday, July 4, 2012, at 4:27 am. Filed under Irony. Tagged Elections. Bookmark the permalink. Follow comments here with the RSS feed. Both comments and trackbacks are currently closed.