While I believe in the second amendment right to bear arms, even I am amazed that we can’t seem to have a reasonable conversation in this country about guns. Isn’t there anything we can do to reduce the insane amount of gun violence we have in this country, without infringing on people’s right to own guns? After all, we also have the right to free speech, but that doesn’t mean you have the right to slander or libel people, or yell “fire” in a crowded theater. Why is even talking about guns off limits? 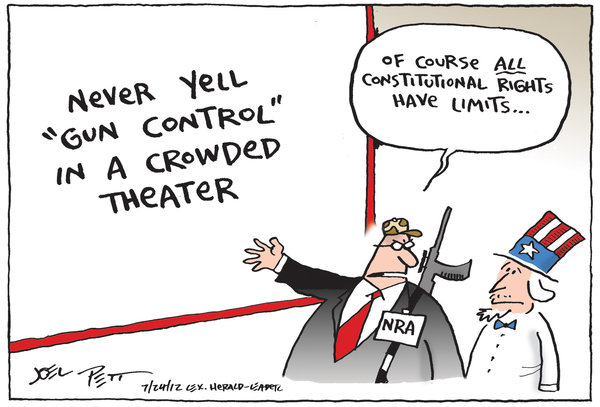 This was written by Iron Knee. Posted on Thursday, July 26, 2012, at 1:12 am. Filed under Irony. Tagged Guns. Bookmark the permalink. Follow comments here with the RSS feed. Both comments and trackbacks are currently closed.