If you Complain, you’re Lame!

Republicans are complaining that the mainstream media is using skewed polls that show that Obama is winning. Their argument? That these polls are counting more Democrats than Republicans.

But reason apparently has nothing to do with it. Conservatives are even calling it a conspiracy:

They’re trying to wrap this up before the debates even start. I think they’re trying to get this election finished and in the can by suppressing your vote and depressing you so that you just don’t think there’s any reason to vote, that it’s hopeless.

Either that, or Republicans think that only they have the right to vote.

But there are some conservatives who don’t buy into this conspiracy. Erick Erickson, the editor of the RedState blog wrote this week:

I’ve been in politics long enough to know that the louder one side gets complaining about the polls, the more likely it is that this is the side that, in reality, actually is losing. 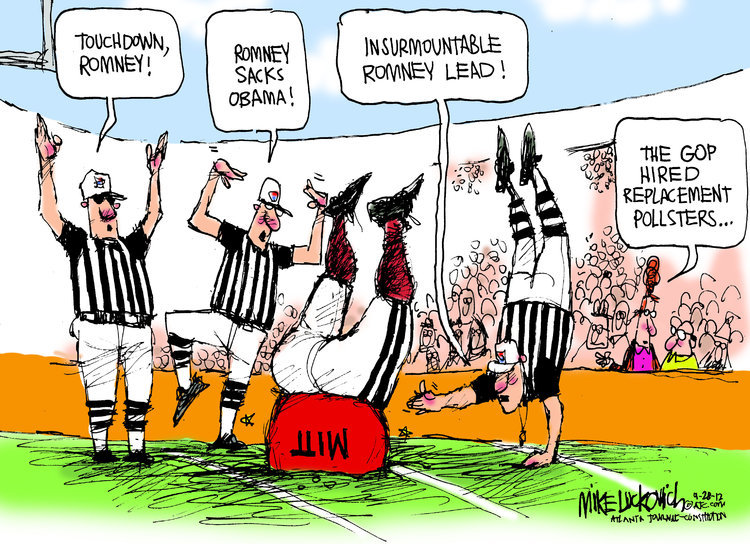 UPDATE: Nate Silver explains why the Republican complaints are nonsense.

This was written by Iron Knee. Posted on Saturday, September 29, 2012, at 1:55 pm. Filed under Hypocrisy. Tagged Elections, Polls. Bookmark the permalink. Follow comments here with the RSS feed. Both comments and trackbacks are currently closed.