The Village Voice has an excellent article listing “the ten most corrupt tax loopholes”. Mitt Romney says he will balance the budget (while cutting taxes and increasing military spending) by closing tax loopholes. But he won’t tell us which loopholes.

For example, the loophole that allows Apple to pretend they are an Irish company and thus avoid taxes on their most valuable assets. If Apple were a drug pusher, they would be arrested for money laundering. And not just Apple — money laundering like this is practiced by corporations like Google, Facebook, Microsoft, Eli Lilly, and Pfizer.

Or the “loophole” that allows passive investors to pay less in taxes than people who work. Even Ronald Reagan made the capital gains tax the same as the highest personal income tax rate.

There are eight others, including breaks for shipping jobs overseas, allowing corporations like Facebook to undervalue their stock and write off the difference, $20 billion given to the oil industry that even they say they don’t need, Delaware — our own onshore corporate tax haven, allowing the rich to save on their yacht using the home interest deduction, and (my personal pet peeve) tax bribes to get companies to move factories from one state to another. 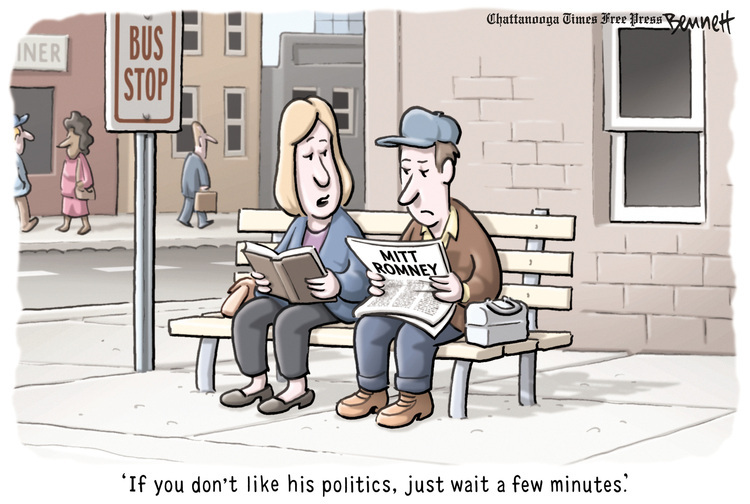 If you liked this, you might also like these related posts:
This was written by Iron Knee. Posted on Wednesday, October 10, 2012, at 11:20 am. Filed under Hypocrisy. Tagged Republicans, Taxes. Bookmark the permalink. Follow comments here with the RSS feed. Both comments and trackbacks are currently closed.