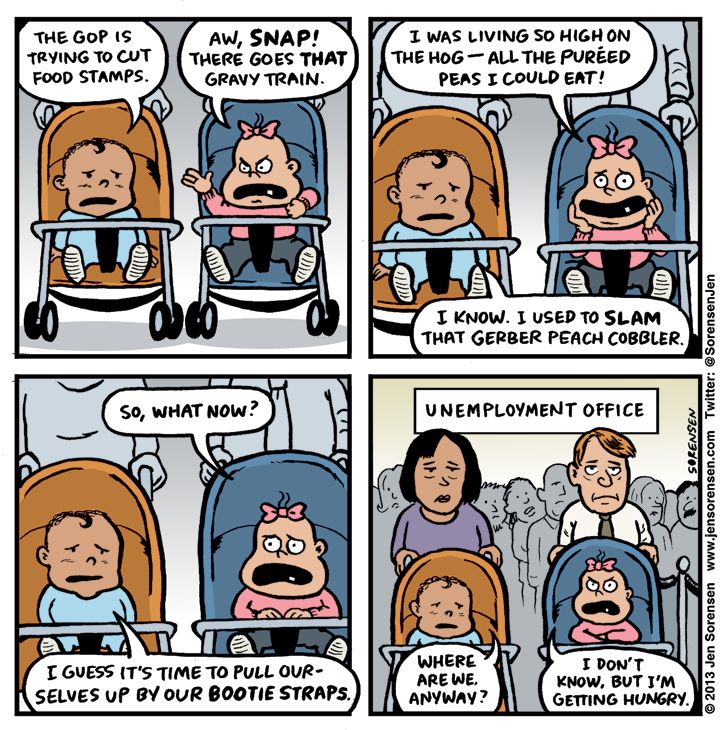 As Paul Krugman points out, Republicans are again trying to do something that will hurt the economy while punishing the poor for, well, being poor. They are trying to shrink (and ultimately kill) the food stamp program, which is one of the most successful programs ever for making sure people don’t starve, while actually stimulating the economy (each dollar spent on the food stamp program generates $1.70 in economic activity, effectively paying for itself). We have millions to bail out banks who are “too big to fail” but apparently nothing to help workers who have lost their jobs in a down economy (and nothing to stimulate that economy so they can get new jobs).

This was written by Iron Knee. Posted on Wednesday, June 5, 2013, at 9:15 am. Filed under Irony. Tagged Economy, Welfare. Bookmark the permalink. Follow comments here with the RSS feed. Both comments and trackbacks are currently closed.