Working for the American People! 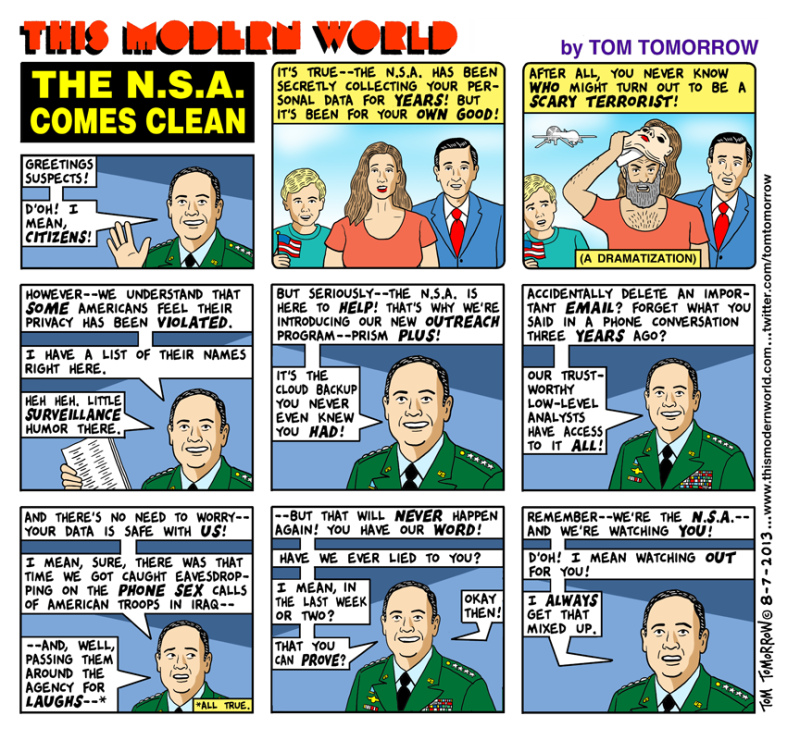 Obama has cancelled his meeting with Putin (formerly scheduled for September), presumably in retaliation for Russia granting asylum to Edward Snowden. Obama says he is “disappointed” with Russia’s decision.

But Russia is still managing to make us look bad. All they had to do is point out that the US has repeatedly refused to extradite people who committed similar “crimes” against Russia, and has not signed an extradition agreement with Russia.

In fact, under international law Russia had no legal, political, or moral duty extradite Snowden and every reason to grant him asylum. Imagine what we had done if a Russian version of Snowden had revealed Russians were listening in on our secret government deliberations and was seeking asylum in the US.

At the same time, more and more evidence is coming out that the NSA violated the constitution and lied to both Congress and the American people. But Obama’s only response is belligerence, claiming that “we don’t have a domestic spying program“. Where is the Obama who campaigned for openness and for the protection of whistleblowers?

This was written by Iron Knee. Posted on Friday, August 9, 2013, at 12:33 am. Filed under Hypocrisy. Tagged Spying. Bookmark the permalink. Follow comments here with the RSS feed. Both comments and trackbacks are currently closed.