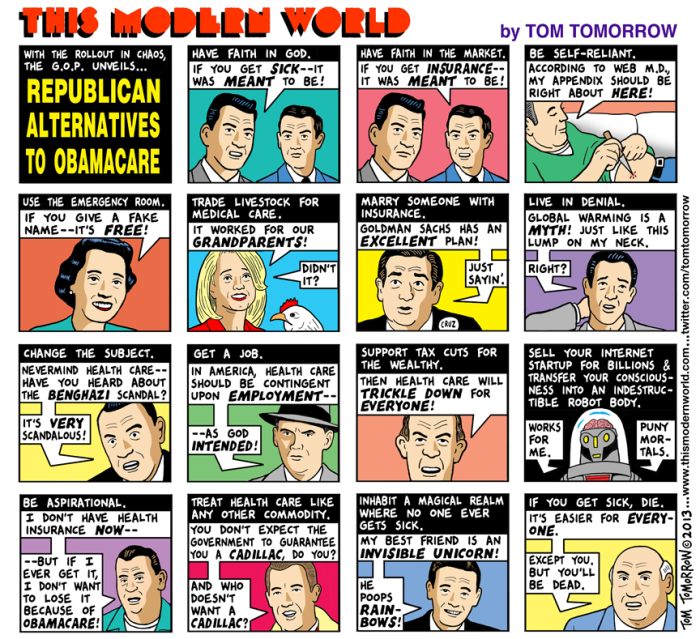 I stand by my proposed rule: nobody (especially in the media) is allowed to attack healthcare reform unless they say what they would do better. If they claim that the old system was just fine, so be it (although I will heartily laugh at them).

Otherwise, it isn’t about health care, they are just playing politics.

This was written by Iron Knee. Posted on Saturday, November 23, 2013, at 12:40 am. Filed under Hypocrisy. Tagged Health. Bookmark the permalink. Follow comments here with the RSS feed. Both comments and trackbacks are currently closed.