Am I the center of my own universe? 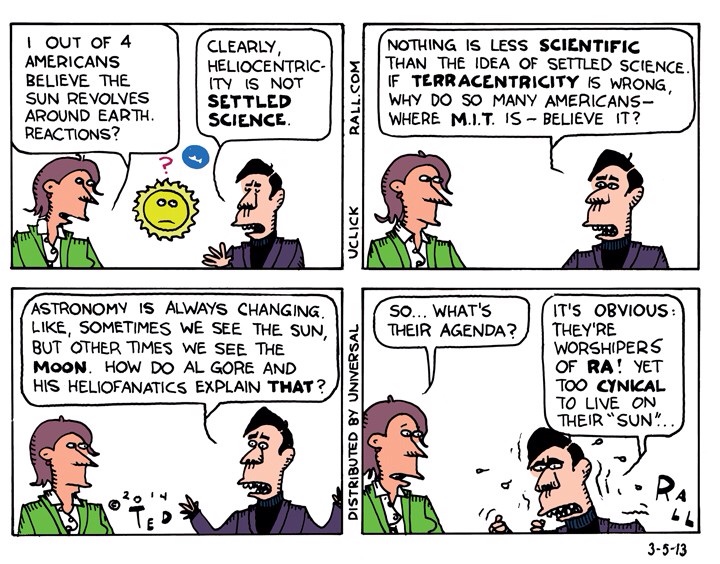 This comic brings up a pet peeve of mine. There is absolutely nothing wrong with believing that the Sun revolves around the Earth. Nothing. Gravity is a mutual attraction between two (or more) objects, causing them to orbit each other (around their mutual center of gravity).

As Einstein pointed out, things like position and velocity depend on your point of reference. And the point of reference of almost all humans is on the Earth. So in some ways it makes more sense to say that the Sun revolves around the Earth, since to us the position of the earth is fixed relative to us.

Now, if you want to ask people a question that might show their ignorance, ask them if planets like Venus revolve around the Earth or the Sun.

This was written by Iron Knee. Posted on Tuesday, March 4, 2014, at 12:50 am. Filed under Irony. Tagged Science. Bookmark the permalink. Follow comments here with the RSS feed. Both comments and trackbacks are currently closed.