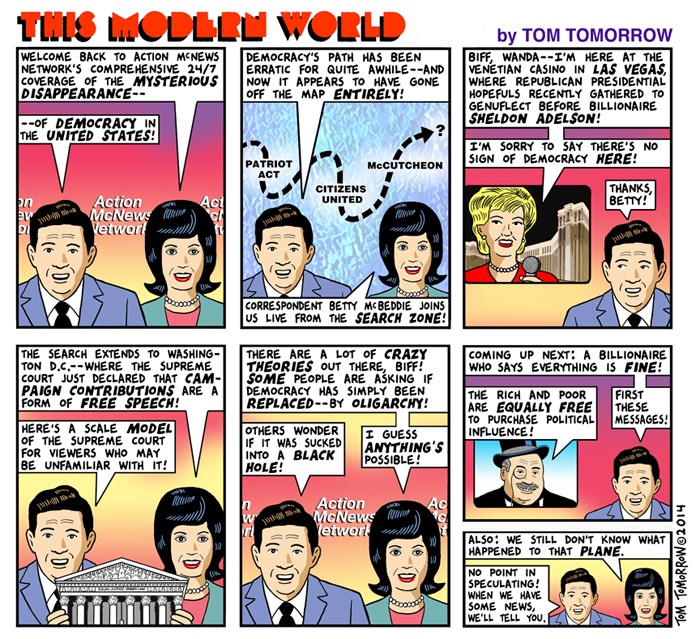 The Republican majority on the Supreme Court seems hell bent to solidify oligarchy in the US by ruling that money is free speech.

When a majority of citizens disagrees with economic elites and/or with organized interests, they generally lose. Moreover, because of the strong status quo bias built into the US political system, even when fairly large majorities of Americans favour policy change, they generally do not get it.

The few times that average Americans do get laws passed to their benefit, it is only because the rich also win.

This was written by Iron Knee. Posted on Wednesday, April 16, 2014, at 11:43 am. Filed under Irony. Tagged Campaign Finance, Money. Bookmark the permalink. Follow comments here with the RSS feed. Both comments and trackbacks are currently closed.